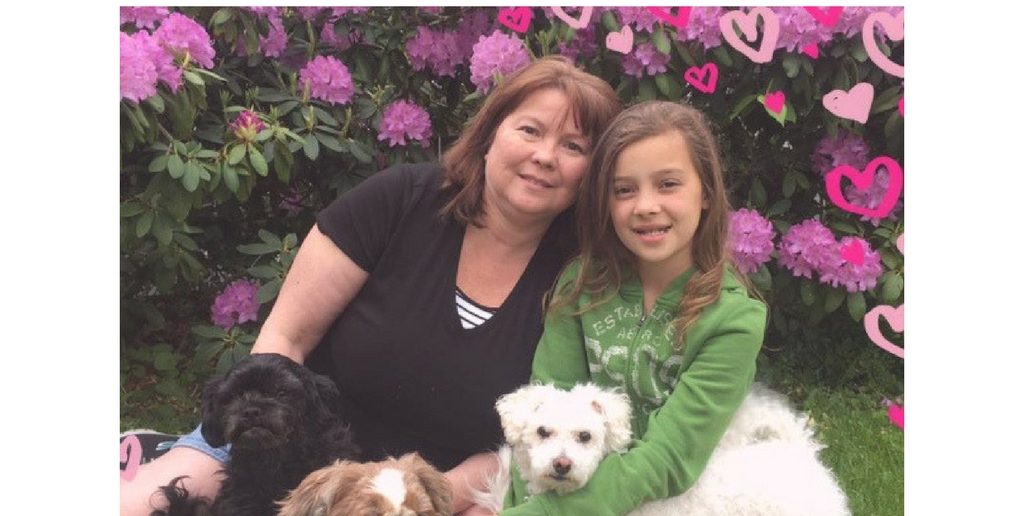 Monica and her granddaughter Helen with Zoey and two other dogs.
Amazing Animals

By Nisha Kotecha on January 10, 2018 0 Comments
Monica and her granddaughter Helen with Zoey and two other dogs.

Her brother was looking after the dog, which weighs 4kg, at her home on the banks of the Lehigh River in Pennsylvania when an eagle swooped out of the sky and snatched Zoey up in its talons.

“He said, you know, for a moment or two, it was a beautiful sight. For those two seconds, it was like wow, that’s beautiful,” Monica explained to As It Happens host Carol Off.

But then he suddenly realised, “oh my god, it has Zoey.”

Monica’s brother drove around for an hour looking for Zoey, but in the end had to break the bad news to his sister.

“I cried for my granddaughter as much as [for]Zoey because I didn’t know how Helen was going to be without Zoey,” she said.

The family thought they would never see Zoey again, and certainly not alive.

Luckily, they were wrong, and Zoey was found later that afternoon, six kilometres away.

Christina Hartman, 51, saw a furry white lump on the road when driving so stopped to investigate. The lump was actually Zoey, and she took the cold dog home, fed her and then set upon finding the owner.

This didn’t take long, as she saw Monica’s public Facebook post the next morning and gave her a call, giving the family some very welcome good news. 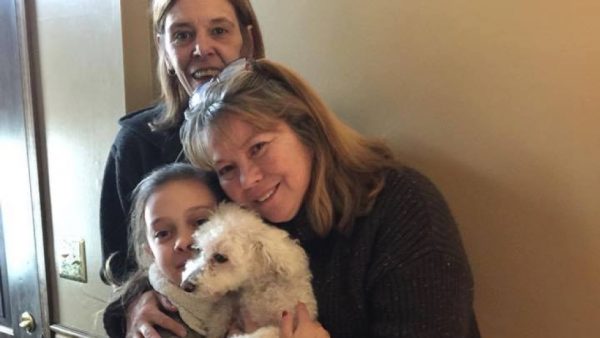 Monica Newhard, right, and her granddaughter, Helen, with their pet Zoey, and the dog’s rescuer, Christina Hartman, behind them. Photo: Monica Newhard/Facebook

After her scary ordeal, Zoey had some bruises and a few missing patches of fur, but was otherwise in good health, and so happy to be safely home again.