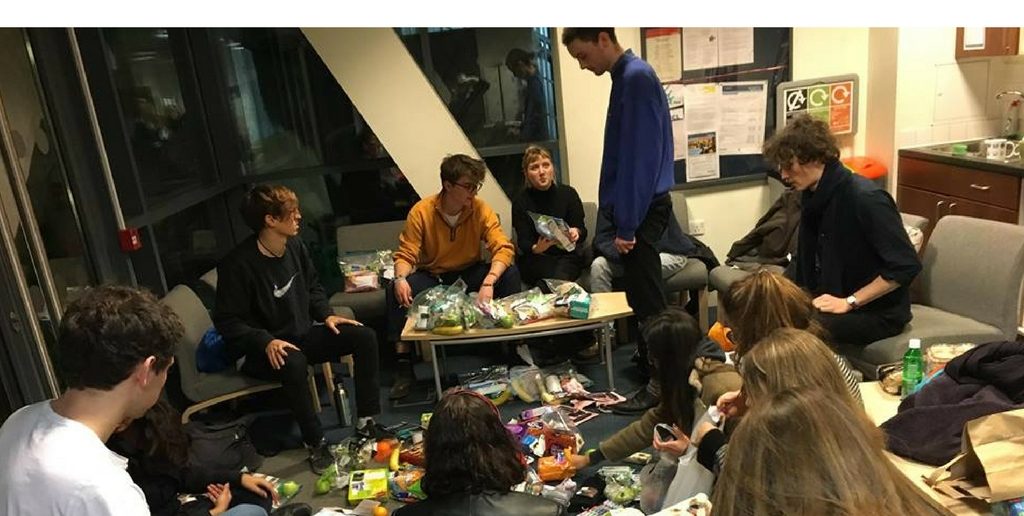 Last month saw the launch of a new student-led initiative to help homeless people in London. Student organisers from Goldsmiths and University College London (UCL) called on their friends and classmates to donate items that were put together into care packages and distributed to homeless people.

Around 80 students helped with the gathering and distribution of more than 100 care packages to homeless people in their local areas. The packages contained essentials like socks, toothbrushes and sanitary products, as well as foodstuffs such as biscuits and fruit.

The initiative was inspired by the students’ shock at the large numbers of homeless people on London’s streets, and anticipation of the particular challenges they face in winter. Bronagh Sheridan, who organised the UCL operation, says that on moving to London she was stunned at the ubiquity of homeless people ‘resting against the walls of billion-pound companies’. She felt compelled to do something to help: ‘Our aim was to bring a little bit of warmth and compassion to the streets of London.’

Maeve Mcelwain, Goldsmiths organiser, was similarly concerned. ‘It was increasingly worrying because the temperature was starting to drop significantly and there was snow some days’ she said. She originally planned to just make a few packages herself, but felt that launching a project would have a far greater impact.

Both Bronagh and Maeve remark that the project was met by ‘incredible gratitude’ from the homeless people who received parcels. Nonetheless, they make it clear that there is much more work to be done to counter London’s homelessness problem. ‘We need to put pressure on the government to find long-lasting solutions,’ says Bronagh, proposing housing, work opportunities and mental health as the most important issues.

Maeve offers ideas for how to help homeless people in our daily lives: ‘You can donate through projects like ours or volunteer at a homeless shelter, but you might also consider signing government petitions or writing to your local MP to urge them to discuss the issue in parliament.’

The students hope to make their project a regular event.