What Can Music Do for You?

Music as Therapy International believe passionately in the power of music to make the most of people’s potential, overcoming obstacles such as disability, trauma and mental illness. The video below is just one example of this:

The #MusicCan campaign highlights the seemingly endless ways music can have a positive impact on the lives of every individual, no matter their circumstance or background.

As part of the campaign, the charity are sharing a collection of short films demonstrating the effect music can have on improving care. They are also encouraging the general public to get involved under the #MusicCan hashtag and share their own personal thoughts and feelings on what music can do for them.

The campaign is launched to coincide with the publishing of a report following a Commission on Dementia and Music by the International Longevity Centre UK (ILC). Among its findings the Commission recognises the wealth of evidence supporting the use of music to improve the lives of people living with dementia. 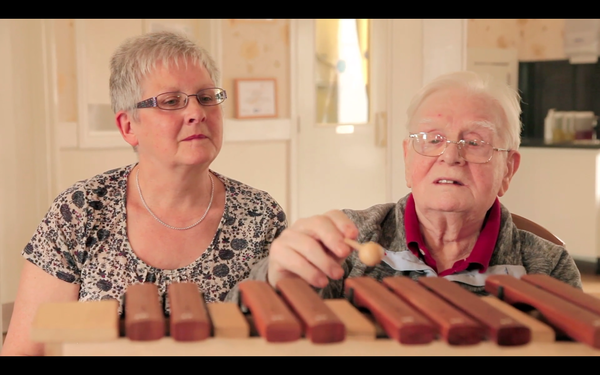 Considering the use of music in dementia care, Alexia Quin, Founder of Music as Therapy International said: “This report clearly highlights the massive part music has to play in the care of people with dementia. Not only is music adaptable for people with different forms of the disease, it has no known negative impacts, especially when compared to the use of anti-psychotic medications.

“By focusing on the positive message of ‘Music Can’, we hope this campaign will help raise awareness of the potential for music to change the way we care.”