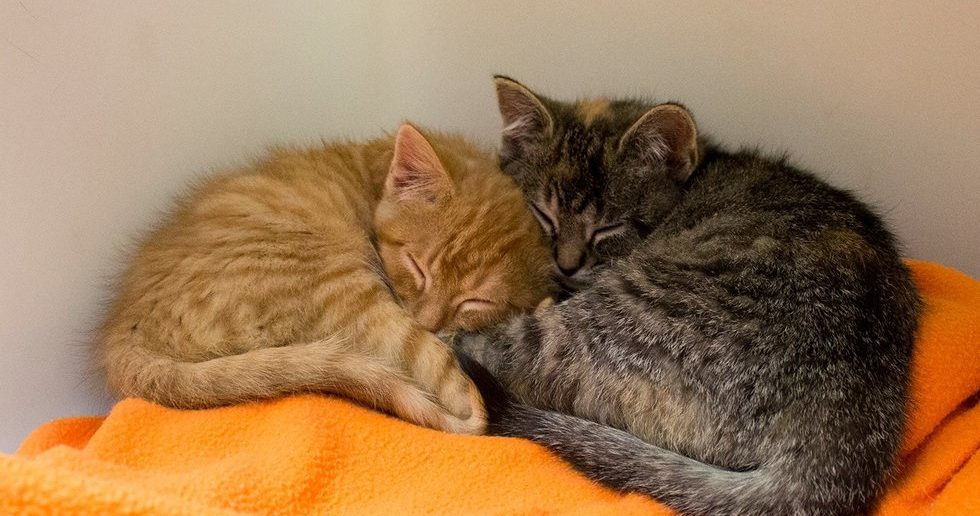 Adopted Kitten Cries All Night for His Sister, Who Then is Adopted by Same Family

When Alana Hadley met Ares at Wisconsin Humane Society, the Door County Campus, it was love at first sight.

Alana adopted the cute kitten, who she says looked just like her cat who had passed away.

Unfortunately her lovely new kitten didn’t settle in as well as she’d hoped. Ares was very needy and kept meowing until he fell asleep in Alana’s arms the first night.

Alana thought it might be because he was missing his sister Aphrodite – who she had wanted to adopt as well, but couldn’t because she was in the process of being adopted by another family. Alana got Ares some stuffed animals to provide some much-needed comfort, hoping it would help him settle in.

The very next day Alana was delighted to learn that the adoption for Aphrodite had fallen through. She quickly took Ares to the shelter to reunite him with his sister.

With Aphrodite now also needing a new family, Alana adopted her too so the two kitties could be together forever.