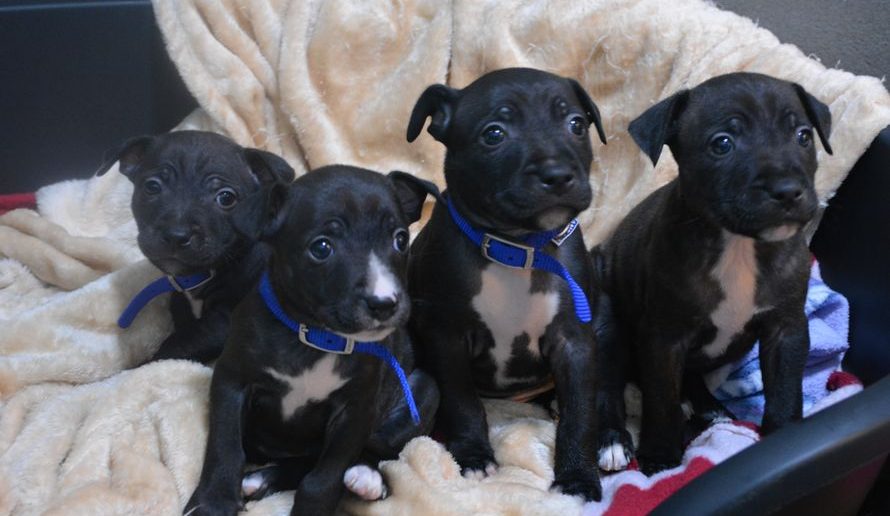 Dumped in a Box and Left to Die, Puppies Get a Second Chance Thanks to Good Samaritan

Trapped in a box and abandoned in the cold, four young puppies had a lucky escape when they were found by a Good Samaritan, who rushed them into Battersea Dogs & Cats Home. 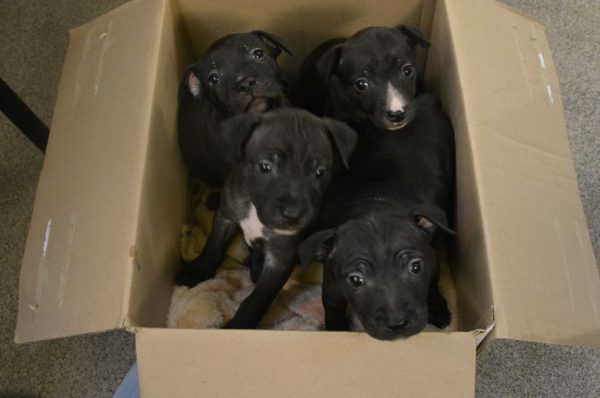 Puppies Emmeline, Lydia, Edith and Davison, moments after they arrived at Battersea.

The kind passer-by was walking through Victoria Park when he heard the puppies crying and discovered them shut in a box, shivering.

He took the seven-week-old Staffordshire Bull Terriers straight to Battersea Dogs & Cats Home, where vets quickly gave them a thorough check over.

Intake Manager Steve Craddock said, “These puppies had a lucky escape. The whole experience must have been very frightening for them. It was a cold day and they could have easily got hypothermia, suffocated or died of dehydration. Fortunately, they were found in time and – after a drink, a sleep and some TLC – made a full recovery, and now they’re charging about enjoying life with playful puppy enthusiasm.”

2018 has been called The Year of the Woman as it marks 100 years since women in the United Kingdom were given the right to vote. To commemorate this remarkable milestone, the staff at Battersea Dogs & Cats Home decided to name the puppies after famous suffragettes. 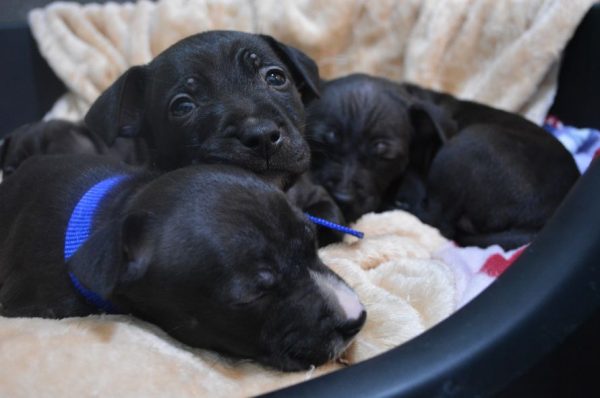 Puppies Emmeline, Lydia, Edith and Davison all cosy at Battersea.

The three girls in the litter – Emmeline, Lydia and Edith – are named after Emmeline Pankhurst, Lydia Becker and Edith Garrud, while the only boy was christened Davison, after Emily Davison.

The four puppies all have homes lined up, but will be looked after by the charity’s foster carers until they’re old enough to go to their new owners.

Foster carer Kim Tyson, who is looking after Emmeline and Davison, said, “They were a bit quiet when they first arrived, but within a few hours they found their feet and now they run the house. I’ve got two Dalmatians and they certainly rule over them.” 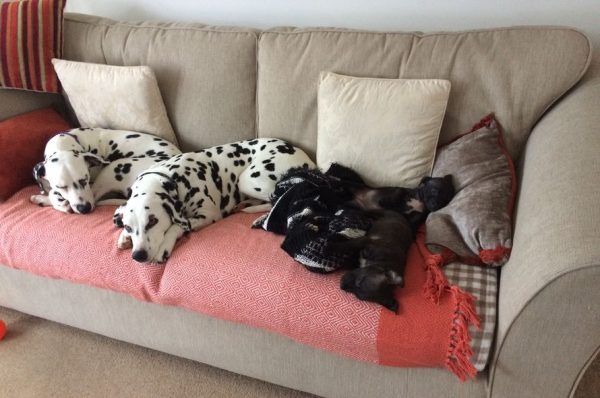 Emmeline and Davison in their foster home with foster carer Kim Tyson’s Dalmations.

“They love human company and cry when we’re not around, and they like to sleep cuddled up together. They’re very sweet little dogs and I can’t understand how anyone could have abandoned them like that. I hate to think what would have happened if they hadn’t been found when they were,” Kim continued.