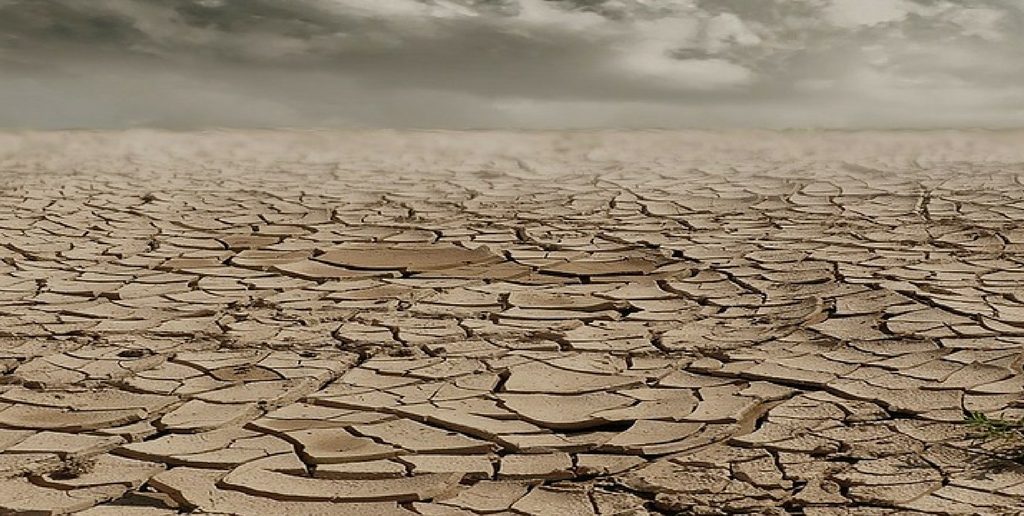 Cape Town is looking set to become the world’s first major modern city to run out of water.

Day Zero, the day on which officials will switch off taps and water supplies for all but the most essential services and high risk areas, is fast becoming a reality for the city of Cape Town.

Civil engineers and climate scientists have warned of the inevitability of this situation for years, but it was the failure of winter rain over the last three years, coupled with recent rapid population growth, which pushed the city over the edge of its water capacity.

While Day Zero is set for July 9th, many limits have already been imposed on water use.

From February 1st, residents of Cape Town were told to not use more than 50 litres of water a day, forcing many residents to create inventive ways of cutting water wastage.

For example, Alistair Coy, a resident of Cape Town, strains water from boiling potatoes into a bucket to reuse.

Cape Town is also facing a major shortage of fresh drinking water in the form of water bottles; residents have been allocated two litres of water a month to collect from Newland’s Spring but, due to the queues and congestion this is causing, the government has planned to divert the spring into a nearby swimming pool over the next few months to help speed up queues and manage congestion.

Yet despite the dire situation facing the city, many people have been reluctant to reduce their water usage. A statement made from the Mayor’s office alluded to this fact, stating how, ‘It is quite unbelievable that a majority of people do not seem to care and are sending all of us headlong towards Day Zero…We can no longer ask people to stop wasting water. We must force them.’

This is indeed what has been done; any resident who now uses over 350 litres of water a day will face fines, as well as being forced to have a water management device installed onto their property.

There are many side effects of this water shortage that aren’t commonly considered as well. For example, food prices are likely to spike as a consequence of reduced water availability for farmers who have to irrigate their crops and vineyards, and certain industries, such as the film industry, have also been negatively affected.

Westley Byrne, 29, works as a Directors Assistant in Cape Town. He says that work has been scarce since the crisis, with directors unwilling to invest into a city now considered to be risky.

The health effects of this water crisis may also manifest themselves over the coming months. For example, pressure on the sanitation system may cause the spread of diseases like dysentery, and people’s hygiene practices may also suffer due to lack of water, spreading infectious diseases as a result.

As the amount of water decreases steadily, cases of heat stroke and dehydration may occur, as well as violence in trying to access the ever decreasing supply of fresh water.

Indeed, the risk of disorder is considered a legitimate one, with the police and National Defence Force being called on to help maintain order on Day Zero.

It is clear that a solution is needed.

In addition to the city working to bring three desalination plants online, Cape Town’s non-profit organisations and entrepreneurs are offering some solutions.

I-Drop, a South African social impact company, was recently invested into by Bluewater, Sweden’s global water technology company, greatly enhancing the work that this company can do in improving access to local water purification sources.

The company designs and installs water purification and dispensing machines and, since its creation in 2015, has helped to install these machines in grocery stores across South Africa with no capital costs.

Customers can use multi-use containers to pay by litre for the drinking water they need, an idea that won the 2017 All Africa Business Leader Award.

Another highly successful start-up was founded by MJ Booysen in 2015, who created an innovative smart water meter which has been installed into 64 schools in the Western Cape.

Already, this technology has helped to save just under 16.4 million litres of water by allowing its users to track their water consumption, as well as notifying users of leaks.

The metres cost less than R1000 a month to run, the equivalent of £61 pounds. Although currently only being used in schools, later this year a consumer product is going to be launched.

There are also a number of innovative ideas which, should they be integrated into Cape Town’s water management plan, may help to counteract some of the issues currently faced.

For example, H20 Catchers is Grant Vanderwagen’s solution to water shortage, by transforming fog into water. Although this is not yet a reality, with a pilot scheme currently being set up to run in Paternoster, 145 kilometres north of Cape Town, the unit which carries out the transformation is thought to cost less than R7000 per unit and be able to produce 10,000 litres a month of fresh water.

Airwater, created by CEO Ray de Vries, is a Durban based company that has created a machine which creates water from condensation in the air. Able to produce 32 litres of water a day, the benefits of implementing this machine in Cape Town are clear.

Non-profit organisation Water Institute of South Africa (WISA) is calling for volunteers to donate time, empty bottles, and other support.

“South Africans are known as uniquely resilient, and for coming together to assist one another in times of need,” says Lester Goldman, CEO of WISA. “We’ve created this volunteer platform to help streamline the strength in numbers, and connect those that can help with those that need help.”

“The time has come to shift the focus away from assigning blame. Our focus should now be on how we can all help.”

The platform is a simple tool where volunteers can submit their contact and how they can help. WISA then collates the information and uses its existing communication channels within the water sector to share relevant details with official task teams deployed by national and local government.

With crisis comes ingenuity, and it is clear that, both on an individual and group level, solutions are steadily appearing to help deal with the problem Cape Town faces.

And these efforts are paying off; Day Zero has been postponed three times, and is now scheduled to occur almost 2 months later than initially thought. Hopefully, with continued effort, the bullet can be dodged, but only time will tell.