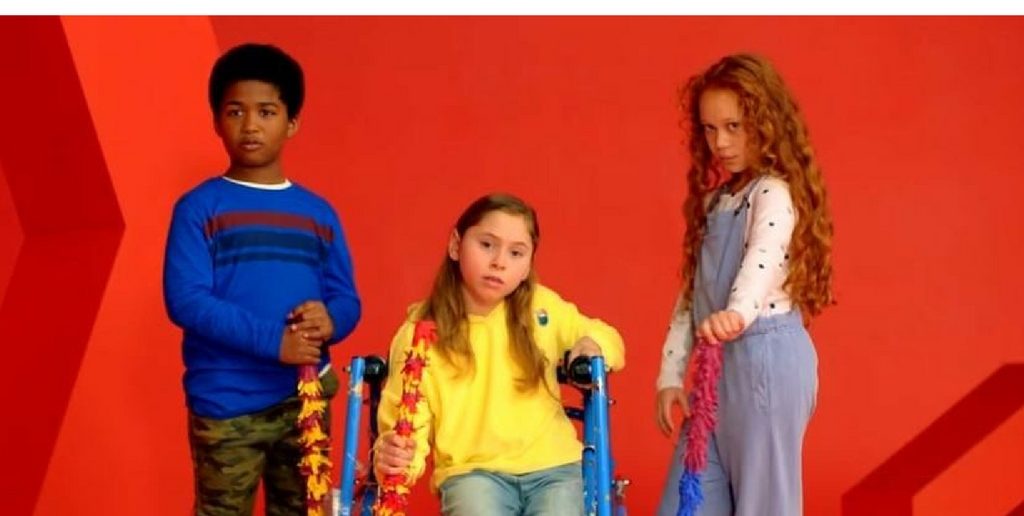 An inspirational 12 year old girl, from Burnham-on-Crouch, in Essex, has made her TV debut by starring in a BBC television advert promoting a campaign aimed at giving children tips on how to deal with a number of online issues. 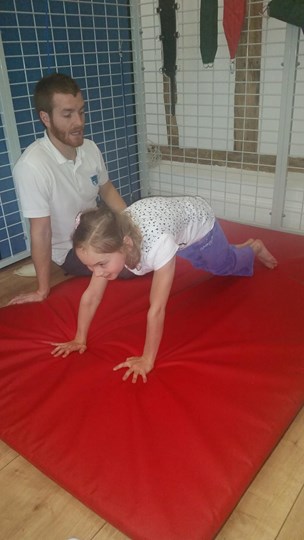 And now her parents are hoping that their daughter’s sudden fame may raise awareness of her fundraising plight.

Honey Lock, has cerebral palsy, a condition that stiffens the muscles and restricts mobility. The opportunity for the youngster to star in the commercial came about after she decided that she wanted some professional photographs taken of herself.

As her mum, Rebecca, aged 44 explained:

“Honey wanted to feel special for the day so she had some professional shots taken,” her mum Rebecca explained. “Within weeks she received an offer to feature in an advert for Sainsbury’s. Somehow the BBC got to see the pictures and they asked her to send a video of herself to them.”

Rebecca says that Honey likes an audience, and did a great job in the video.

“She’s one for the microphone and not shy at all. She always has us laughing,” Rebecca continued. “Not surprisingly Honey was her usual funny self on the video and this is exactly what the BBC wanted.”

Thanks to fundraising support from Caudwell Children, the national charity that provides practical and emotional support to disabled children and their families, Honey travelled to America in 2011 for life changing surgery to improve her mobility.

With the charity’s help, and the success of the operation, Honey’s confidence has blossomed, preparing her for her moment in the spotlight.

Having been selected to star in the BBC’s ‘Own It, Take Control of Your Life Online‘ commercial, Honey was whisked to Black Island film and television studios, in central London, for filming.

“We were treated like celebrities,” said Rebecca. “It was a long day on set and we didn’t finish filming until 7:30pm!

“Honey worked extremely hard, it was an incredible experience, you don’t realise what is involved in the process of filming until you are part of something like this.” 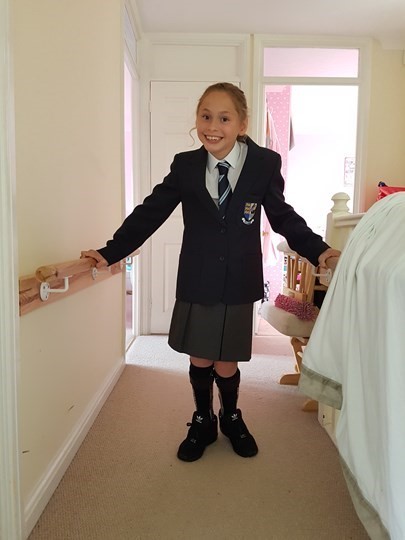 Honey, a pupil at Plume Academy, in Maldon, Essex, says that it was an amazing opportunity, and that she enjoyed every moment. “The day was perfect. I made new friends and we had Piñatas on set and confetti went all over me,” she said.

The advert, which can now be seen regularly on all BBC television channels, directs viewers to a website for children which aims to equip young people with the confidence to navigate the online world safely.

“I’m so glad that Honey had such a wonderful day filming,” said Ben Sutcliffe, Associate Director of Communication at Caudwell Children.

“The BBC campaign covers things like how to deal with challenging situations online. Honey knows all about overcoming challenges and has a resilience without compare.

“She faces foot reconstruction surgery on 16th April this year which means that she’s set for another 12 months of rehab and physiotherapy.

“We’re hoping that her sudden fame may raise awareness of her condition and the need to raise a further £8,000 for her physiotherapy sessions this year.”

It’s great that Honey has been able to have this incredible experience before she has to undergo more treatment. And she’s made her family incredibly proud in the process.

Her father, Martin, said, “It’s incredible to see her doing what she loves. Every time she comes on TV we all beam with pride, as well as laugh because I don’t think we can quite believe what has happened. We’re so proud.”