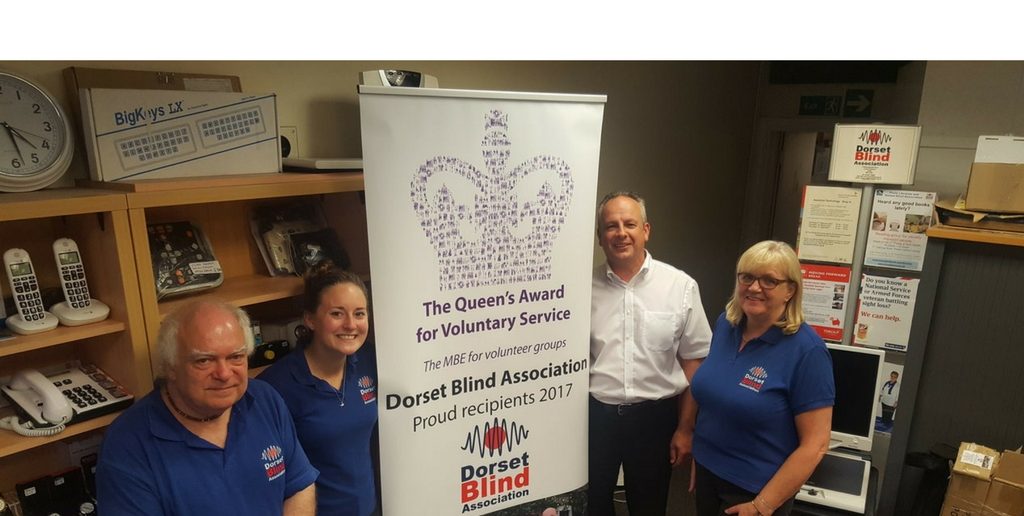 The founding of the DBA in 1918 coincided with the very late stages of the First World War and sweeping changes in both social and political attitudes.

The first President was Lady Portman, who lived then at Bryanston House, near Blandford Forum.

Since then many other well-known local land owning families and dignitaries have held key offices for the charity.

Lord Digby of Minterne House was a long-serving President and three successive generations of the Weld family, from Lulworth, have held that office, including James Weld DL as the current President. 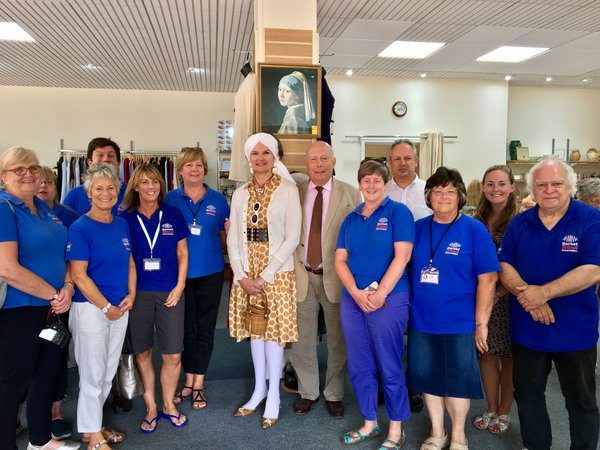 The charity also has Lord Julian and Lady Emma Fellowes as patrons, along with BAFTA winning film director Stephen Frears, whose own actor son Sam enjoys the DBA’s acoustic shooting, in which blind and partially sighted people can embrace the challenge of target rifle shooting. 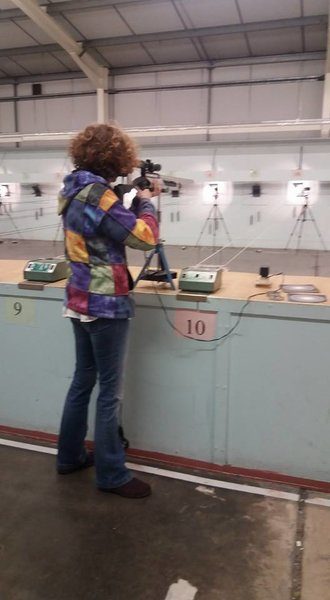 “The sophisticated technology which allows this activity didn’t exist when the charity first started, but DBA has always been ground breaking in the help and freedom it has offered the county’s blind and sight impaired people,” said Jonathan Holyhead, CEO of the DBA. “Braille social centres were set up in both Weymouth and Parkstone and the charity’s first ‘home teacher’ was employed in the 1920’s.

“Living on Portland, Lucy Scholes was provided with a car for travel and in her report in December 1926 she recorded having made 300 visits since 16thAugust that year, giving lessons in Moon (a system of raised shapes), Braille, knitting and basket-work.”

While acknowledging the usefulness of having the car, Lucy did include in her report that: “At first it did not behave very well, but after being overhauled by the Yeovil agent it is doing better and about 2,500 miles have been covered.”

Until the National Assistance Act of 1948 and the arrival of the welfare state, the charity continued to deliver many of the support services which are now more commonly associated with social services and local authorities. But even as this role changed, Dorset Blind Association continued to play a significant part in the provision of help and support for visually impaired people in Dorset.

Belmont Court, a home for blind people, was opened in Parkstone in the 1950s and over the years a significant number of social and activity clubs were established, each providing much needed opportunities for people to enjoy the company and companionship of others.

Services provided by the charity have tried to keep pace with the times and Dorset Blind Association prides itself on a practical and innovative approach.

In 2006 it pioneered a mobile equipment service, demonstrating specialist aids and equipment in people’s homes, and it currently provides a number of community based services, all aiming to help people come to terms with their sight loss and then still enjoy functional independence, personal safety and social participation in their local community.

Volunteers have always played a key part in the work of the charity and just last year this was recognised by Dorset Blind Association being selected to receive the Queen’s Award for Voluntary Service. The Award will be officially presented at an event to be held at Lulworth Castle in July. 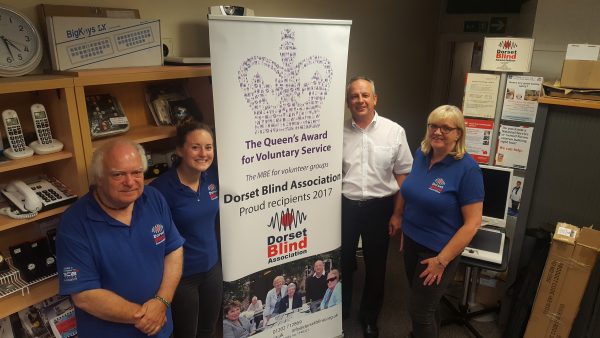 “This is a tremendous honour and I am so pleased that the incredibly valuable work of our wonderful volunteers and the charity as a whole has been recognised in this way,” Jonathan Holyhead said. “The charity reaching the landmark of a century of service is definitely something to celebrate, but at the same time, especially because of our ageing population, we know that we are almost certainly going to be needed for at least the next 100 years too!”

The charity has had a huge positive impact on so many people over the past 100 years. Angie, who has been a member of Dorset Blind Association since 2009, is one of them. She said, “My specialist said a couple of years ago I would be lucky if I had any sight left in five years, so I want to get out and make the most of the vision I have while I can.”

Angie has found purpose through the Dorset Blind Association and is now an active member taking part in various activities, including visually impaired tennis and acoustic shooting and has the aim of competing at a national level due to her competitive drive. 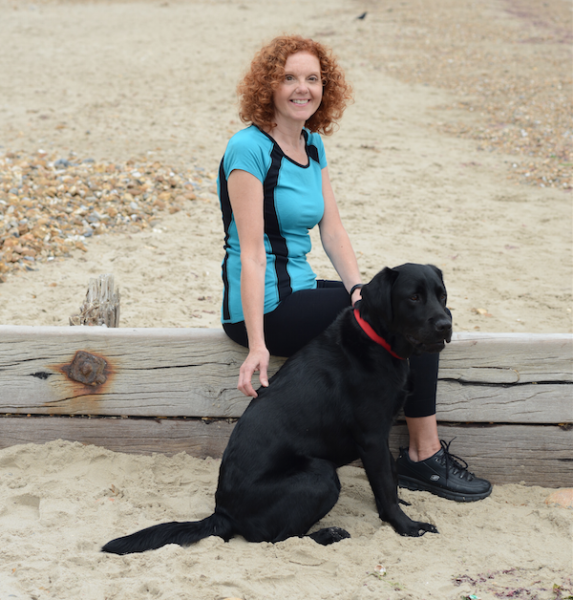 Angie is making the most of her life and vision, thanks to DBA

DBA would like to hear from local people whose own lives, or those of loved ones have been touched in some way by the charity.  Any records, photos or other information relating to the history of the charity which can also be shared would also be greatly appreciated.

Please contact Jo Randall at the Dorset Blind Association by e-mail jo@dorsetblind.org.uk or by telephone on 01202 712865​