The New York Fall Fashion Week of 2018 made headlines for its top new fashion trends on display, but this wasn’t the only reason why the event was in the news this year.

Despite the fur and leather heavy displays typical of most fall collections, a growing number of A list names, including Tom Ford, Michael Kors, Calvin Klein, Ralph Lauren and Botegga Veneta, decided to ditch the use of animal products in favour of synthetic furs and animal prints.

Although this is not new for both Gucci and Calvin Klein, being an industry leader in the transition away from fur since 1994, 2018 marks the first year that Tom Ford chose to not use any animal furs, inspired by his personal transition to a vegan diet.

Tom says about this switch, ‘The fur thing – of course, is a natural thing…Going vegan starts to make you question that. I have started using much more fake fur.’ Bottega Veneta, too, have started to use a vegan, cruelty-free material as a substitute for leather, made from jersey or Japanese washi paper.

This switch follows protests which took place at the London Fashion Week by animal right, anti-fur activists, even though over 90% of the designers for this event had confirmed that they would no longer use fur in their collections.

One charity that took place in these demonstrations is Surge, co-directed by Ed Winters, who explains why demonstrations are still necessary despite the change being seen amongst designer brands. He says, ‘Fur has crept into the mainstream…The reality is parkas with real fur trim are sold on market stalls. But we target London Fashion Week to raise awareness, and because designer fashion has a huge impact on what is desirable.’ 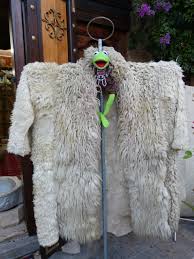 Indeed, there is still a growing market which exists for the sale of fur. Research conducted by the University of Copenhagen reported that sales of fur were up by £162 million in 2016, an increase of 350% from 2011, largely a result, as Winters alluded to, of the commonplace of inexpensive fur in the fashion market today.

Yet there are also concerns about the effect that faux fur has on the environment, with some studies suggesting it is actually more environmentally destructive. For example, research conducted at the University of California Santa Barbara discovered that, on average, a synthetic fleece jacket releases 1.7 grams of microfibres every time it is washed. This has a devastating effect on rivers, oceans and marine life as a result; microfibres, or small pieces of plastic, are readily consumed by fish and other wildlife, where they bio-accumulate and hence concentrate in the bodies of fish and animals higher up the food chain.

Other studies have come to a similar conclusion, leading some designers to also boycott the use of faux fur; indeed, Michal Kors is an example of this. Yet other designer brands, such as Ralph Lauren, still rely heavily on these fur alternatives, and therefore, although having taken an ethical stance against animal cruelty, could still be damaging heavily the environment as a result.

There is clearly a long way to go before the fashion industry becomes an ethical, environmentally friendly one, yet it is clear that there is movement in the right direction, with increasing awareness leading consumers to value products which come from a sustainable and ethical background.