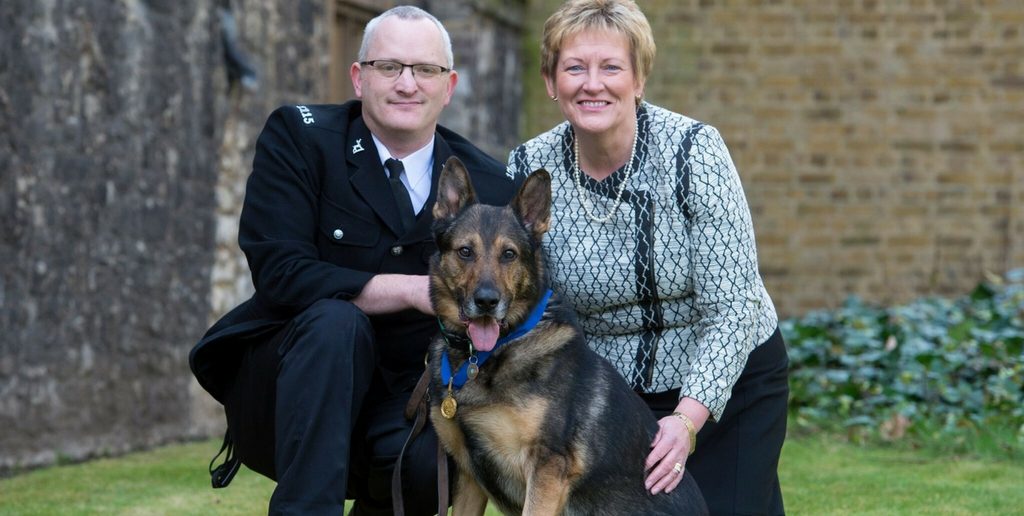 A courageous police dog, who sustained near-fatal stab wounds when apprehending an armed suspect while on duty, is to receive the PDSA Gold Medal – known as the animals’ George Cross – for his bravery and devotion. 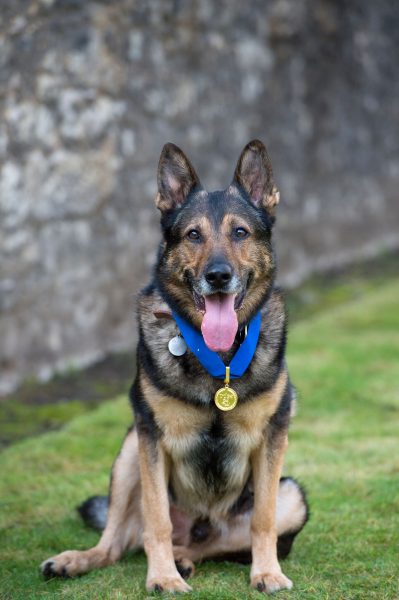 Police Dog Finn, who is now retired from service with Hertfordshire Constabulary, almost died from the stab wounds he sustained. His actions protected the life of his handler, PC Dave Wardell, who was also injured in the incident.

The formal presentation of Finn’s PDSA Gold Medal will take place on Sunday 6 May, at the charity’s PetLife ’18 festival at Cheltenham Racecourse: the first ever public presentation of such an award.

On 5 October 2016, Police Dog Finn and handler Police Constable Dave Wardell from for the Bedfordshire, Cambridgeshire and Hertfordshire Dog Unit were called to an address in Stevenage. The dog unit was instructed to give chase to a suspect who was evading arrest and who was believed to be armed with a baton or stick.

During the pursuit, PC Wardell released PD Finn with a command to detain the suspect. The suspect attempted to jump over a fence but Finn kept pace and was able to take hold of his leg, foiling his escape.

PC Wardell explains, “I joined Finn, grabbing his collar and straddling his back to give him support as he held the suspect. In a split second, I saw the man lunge at Finn’s side with a weapon. As he pulled away, I saw a 10-inch blade, covered in Finn’s blood.

“The man then lunged at me with the blade but Finn, despite being seriously hurt, grabbed hold of the suspect and stopped him from landing a fatal blow. My hand was cut in the struggle and Finn’s head was sliced open.

“Despite suffering two serious stab wounds, Finn’s grip on the suspect remained – pulling at the suspect’s leg to stop him from jumping the fence.”

Finn’s constant grip enabled PC Wardell to wrestle the assailant to the ground, where he eventually dropped the weapon. Other officers joined the team to assist and Finn was rushed to the nearest vet for life-saving treatment. 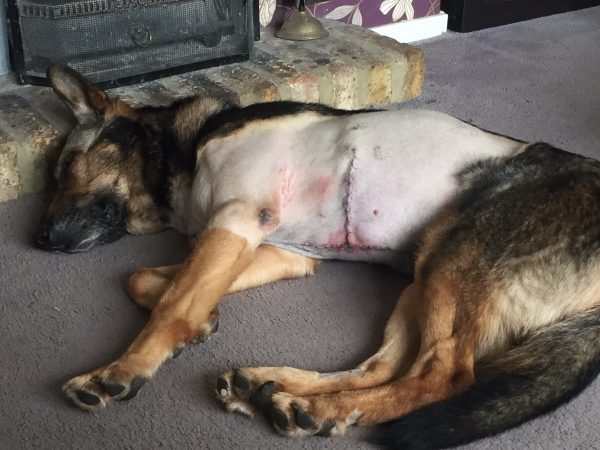 “Finn’s determination, even after he’d been seriously hurt, was absolutely faultless. He definitely saved my life that night and stopped an armed criminal from posing a threat to other officers or the public,” PC Wardell continued. “I am bursting with pride that Finn is receiving this award – he is a true gem and embodies everything that is special about police dogs in this country. He is my best friend and I owe him my life.” 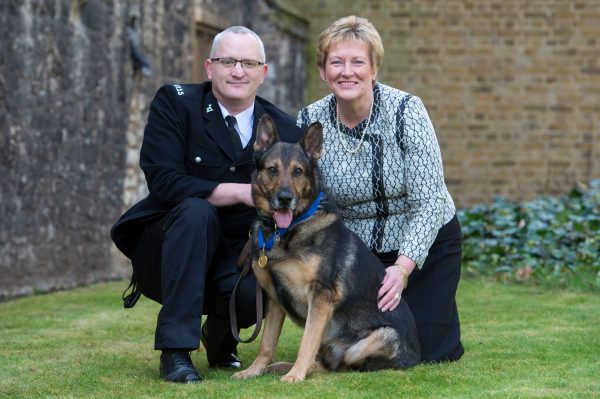 PC Wardell also needed medical treatment for a stab wound he sustained to his hand.

Following the attack, Finn made a miraculous recovery and was back on active duty just 11 weeks later.

“Finn’s horrific injuries and the bravery he showed that night lit a fire in the hearts of the British public,” said David Lloyd, the PCC for Hertfordshire. “Attacking a police animal should not be treated in the same way as damaging a police car. The public clearly think the same, and the fact PD Finn’s actions have prompted this response shows how much the public care about our animals important contribution to policing.”