The inspirational Brit turned 106 on Friday (6 April) and to mark the special occasion he decided to become the Oldest person to ride a zip wire.

Asked how the zip wire compared to his tattoo and rollercoaster records he said, “It was perfect. Bit different but it’s been better. It’s been a really good day, been worth coming for.”

Guinness World Records adjudicator Mark McKinley was on hand to present Jack with a certificate.

“This is the third birthday I’ve spent with you and this is the most impressive yet,” he said to Jack. “You never fail to impress.” 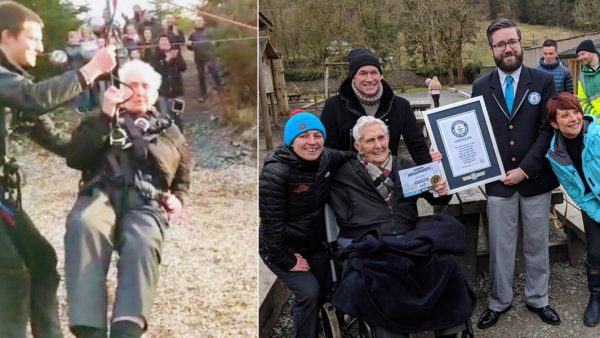 As well as ticking items off his bucket list, Jack also uses his yearly record challenges to raise money for charity. This year he chose the Stroke Association.