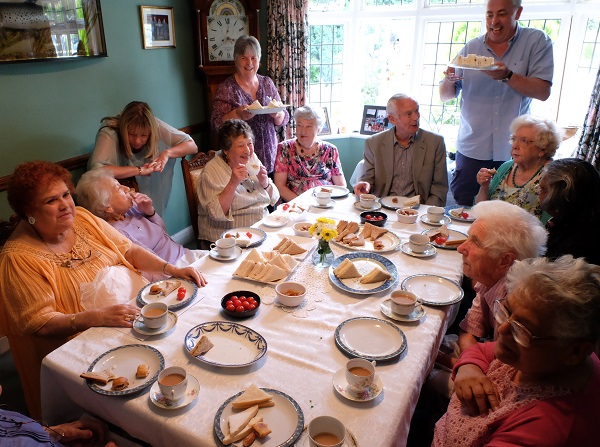 “It’s like somebody opening a door and giving you a ready-made family” – Ina, 96

Contact the Elderly is a national charity which helps socially isolated older people reconnect with their community and make new friends. The charity arranges free monthly Sunday afternoon tea parties across the UK for over 6000 older people, giving them social contact with the same group of local people every month, helping them to make deep and lasting local connections.

The charity’s concept is simple, but it works.

96 year old Ina worked as a hairdresser before joining the Land Army during World War Two. She now lives in Scotland, and has been living alone since her husband John died in 2002. 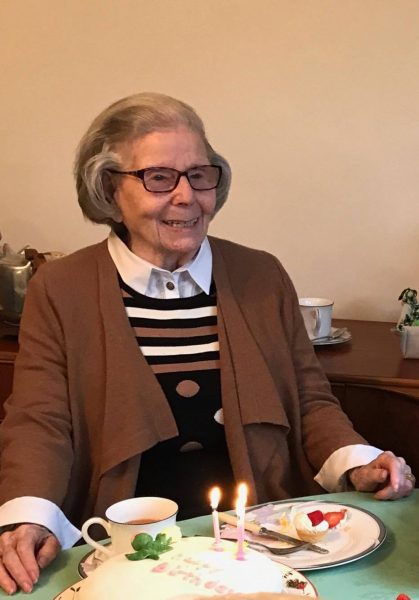 Things haven’t always been easy for Ina, she lost her only child and suffered four miscarriages, but having John with her through all the hardships kept her going.

When John died, Ina found herself alone. Her sisters died soon after her husband, and getting into her 90s, many of Ina’s friends had also passed away. She found herself becoming increasingly isolated, and started feeling trapped in her home. She said:

“Life becomes insular as you get older, and even though I love my home very much, it does become like a wee prison.”

Ina noticed herself falling into the trap of social isolation which so many older people in our society experience, but which no one should have to go through. Her husband John always told Ina to focus on the positives and get the most out of life, but she was finding this difficult as she became more and more isolated.

One day a leaflet explaining Contact the Elderly’s work dropped through Ina’s door, and inviting her to come along to a tea party in her area. She remembered what John had always told her, and decided to reach out to Contact the Elderly.

This decision changed Ina’s life completely. In her words:

“It’s been the most wonderful thing that has ever happened to me. When you’re left alone as I am and many others are, it can be so damaging, but the people who’ve hosted me have been truly out of this world.”

Like most of Contact the Elderly’s older guests, Ina has made friends with both guests and volunteers at the tea parties she attends. She’s been able to meet new local people, visit interesting new places and even take a trip down memory lane, attending a tea party where she’d worked in her youth while working for the Land Army during the war.

“How can I describe it?” said Ina, “it’s like somebody opening a door and giving you a ready made family!”

Ina’s story is echoed by thousands of others who have found friendship and companionship through the charity’s work. Another older guest, Joan (88), told the charity:

“When you get to my age, all you do is look back at the life you had, but Contact the Elderly has given me something to look forward to, something to live for.“ 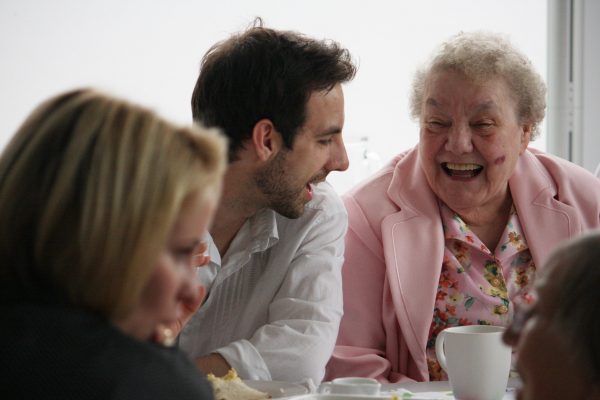 “It’s fantastic to see the older guests connecting with each other. You can clearly tell that these parties mean so much to them, and that they’re something they all really look forward to.”

If you know an older person who wants to get out more and meet new people, or want to get involved with Contact the Elderly as a volunteer or supporter, get in touch by calling Freephone 0800 716 543, by emailing info@contact-the-elderly.org.uk or by visiting the charity’s website.

James works as a Communications Officer for Contact the Elderly