Tuesday 8th May was International Donkey Day, and the first day of Donkey Week. 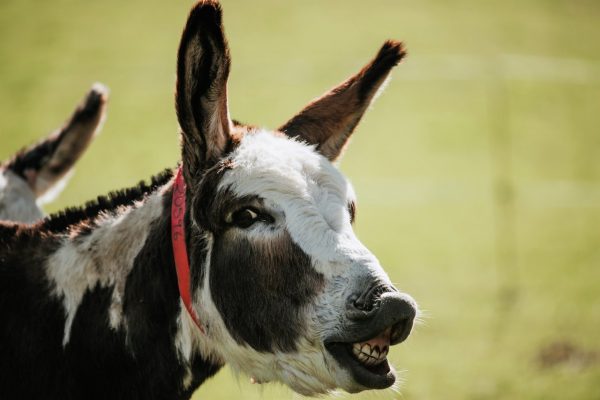 The Donkey Sanctuary is hosting its 35th Donkey Week at its international headquarters in Sidmouth, Devon. Hundreds of people from as far away as Italy, France and America will be attending the unique donkey-themed holiday. Daily activities include donkey grooming and walking, tractor and trailer rides, informative talks and evening entertainment. 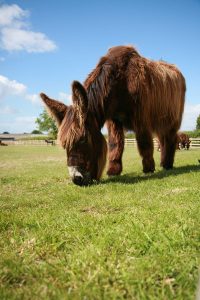 Donkey Week is a legacy from The Donkey Sanctuary’s founder, Dr Elisabeth Svendsen MBE, who wanted to create a holiday that brought people together from around the world who shared the love of donkeys.

To celebrate the week, here are 10 interested facts about donkeys, shared by animal welfare charity The Donkey Sanctuary:

1)    Donkeys bond and form lifelong friendships. Bonded donkeys enjoy doing lots of activities together, from mutual grooming to keeping watch while the other one sleeps. Donkeys can become distressed when they are separated and some bonds are so strong that even separating them over a stable door can cause them stress and upset.

2)    Donkeys come in all shapes, sizes and colours. There are over 44 million donkeys worldwide and 186 breeds – from a Miniature Mediterranean donkey standing at 31 inches tall to the long, matted haired Poitou donkeys standing at 63 inches tall. The most common colour of a donkey is grey and the rarest colour is pure white.

4)    Donkey don’t smile they ‘flehmen’. Donkeys curl up their top lip and expose their front teeth, known as a ‘flehmen response’ when they find a new or interesting smell. The flehmen response helps transfer smells to an organ just above the roof of the mouth that processes new smells. 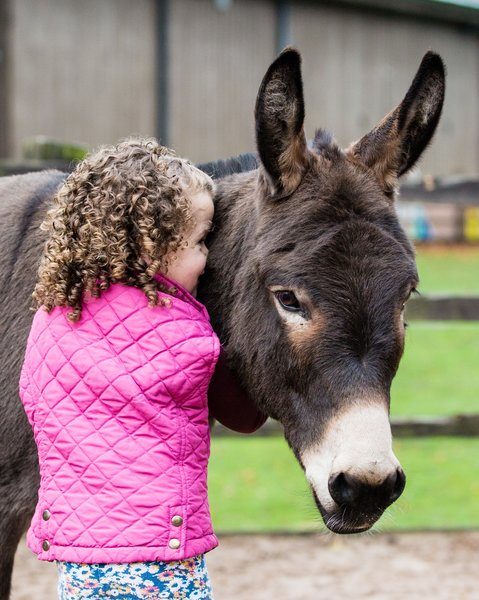 5)    The legend of the cross. Most donkeys display a cross of dark coloured fur on their backs. This is a combination of a ‘dorsal stripe’ along their spines and a ‘shoulder stripe’ across their shoulders. Some believers see the cross-shaped marking as a symbol of the animal bearing Jesus into Jerusalem on Palm Sunday.

6)    Donkeys help children to learn. In places like Ethiopia, Zimbabwe and Colombia donkeys bring education and spread the joy of reading to children by pulling makeshift mobile libraries, when otherwise books might not be accessible.

7)    In times of war. Donkeys have worked on the frontline carrying wounded soldiers and supplies. Their presence can mean the difference between life and death. John Simpson Kirkpatrick was enlisted in the Australian Imperial Force and worked as a stretcher bearer in Gallipoli in Turkey. John found a stray donkey on the beaches, which helped to carry 300 casualties from the front line. The donkey was awarded the RSPCA Australian Purple Cross for animal bravery.

8)    Eco donkeys. In desert areas, feral and wild donkeys dig to access groundwater, providing a vital lifeline for smaller animals such as birds and chipmunks.

9)    The bond between donkeys and humans is closer than you think. Research has shown that a donkey’s heart rhythm can synchronise with, and even influence those of a human when they interact. Because these heart rhythms reflect how we’re feeling, a donkey’s calming mood can reduce a person’s anxiety. The limbic system, the part of a donkey’s brain associated with emotion, behaviour, motivation and memory, is the same size as that of a human.

10) The white van. In many parts of the world, donkeys are the equivalent of our white van, family car, school bus, ambulance and tractor, all rolled into one. Owning a donkey can be a lifeline to families, and a donkey can even support entire communities by helping with essential daily tasks – from fetching water for the village to transporting goods to market.