Tulsidevi Danai is very proud of her late husband and the bravery that earned him his war medal.

But as she holds up the battered broken medal bearing the likeness of King George VI, she appreciates its other significance: to her it is the difference between life and death.

“This medal is the evidence for getting my Welfare Pension from The Gurkha Welfare Trust (GWT),” she explains. The pension is so important to her as it helps her to survive. 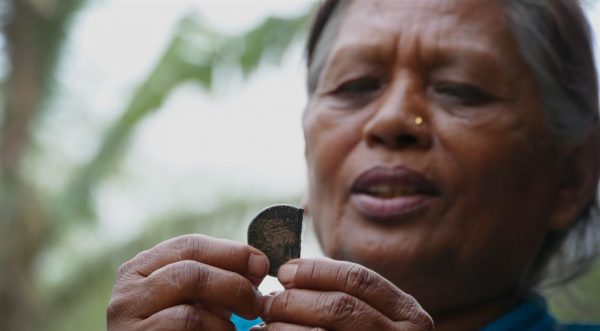 Tulsidevi’s husband Bakhansing Khatri was a Rifleman who earned the medal for his service as a Gurkha during the Second World War, where he fought in the jungles of Burma.

She still remembers the some of the stories her late husband told her about what he endured, fighting and serving in difficult terrain.

“It was very hard for them. They didn’t have enough supplies,” she recalls. “When he used to fill his water bottle in the jungle it was dirty and full of leeches but they had no choice but to drink it.”

During the war, her husband also faced poor and dangerous conditions when he later became a prisoner.

“He was taken prisoner by the Japanese soldiers. He told me that he and the other Gurkhas were surrounded and that, when their bullets ran out, they were captured. Life at the camp was hard and he was beaten and they often had no food for days.”

After the war, Bakhansing returned to his home district of Lamjung, Nepal where the couple were eventually married and went on to have three children together. Bakhansing supported his family by working as a subsistence farmer, growing enough food to feed his family but with no way of saving for retirement.

Bakhansing and his wife first received some support in the form of a GWT Welfare Pension in 1994. But it was when the former Rifleman passed away in 1999 that his widow began to rely heavily on the support of GWT and the pension they provide.

“Bakhansing made a big sacrifice to earn this. It means a lot to me. It’s a memory of him. It’s been nearly 20 years since he died.”

As an elderly lady, unable to work in one of the poorest countries in the world with no social welfare system, a GWT pension makes all the difference.

“Without the pension, what could I do? I can’t steal to live,” said Tulsidevi. “This is all I have. It is very hard to get by.” 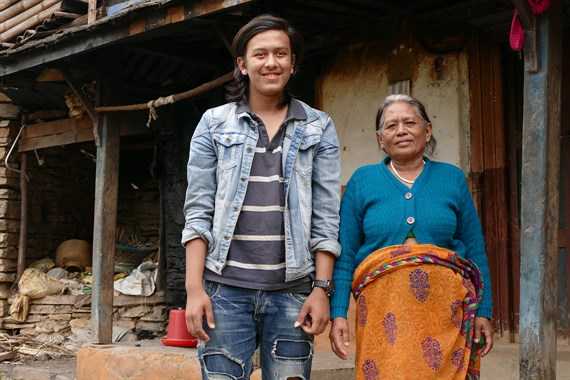 Tulsidevi and her grandson. Photo: GWT

As well as receiving a pension, Tulsidevi also gets support in the form of free local healthcare.

GWT provides financial, medical and development aid to Gurkha veterans, their families and communities. The charity is critical for ex-servicemen and their dependants, who are often unable to work through age, illness or injury. For many, the GWT Welfare Pension is often all that stands between a Gurkha veteran and their family and destitution.

The GWT pension is awarded to impoverished Gurkha veterans or widows who aren’t eligible for the standard British Army pension. It currently stands at 10,500 Nepalese Rupees per month. The rate is calculated each year using a ‘shopping basket’ of basic goods such as rice, vegetables and cooking oil. While modest, it provides enough to get by in Nepal.

GWT also runs two Residential Homes in Nepal to provide round-the-clock care to those who would otherwise struggle to live alone. In addition, they provide medical assistance and help with projects which benefit the whole community such as rebuilding schools and introducing clean water supplies.

The charity believes whilst many people have heard of the Gurkhas they rarely know the history or really understand what these soldiers have done for Britain and why we owe them and their widows so much.

Gurkhas are traditionally recruited from the hill people of Nepal, who trace their roots right back to an 8th century Hindu warrior, Guru Gorakhnath.

They first encountered the British in 1814, when the British East India Company fought against them during the Anglo-Nepalese War. British forces admired the Gurkhas’ military abilities and honourable tactics. The Peace Treaty that ended the war in 1816 enabled the British to officially recruit Nepali Gurkhas – and so began Britain’s relationship with Nepal.

Since then Gurkhas have served with distinction throughout the world, fighting in 30 major conflicts and earning an incredible 13 Victoria Crosses for acts of extreme valour, along with countless other medals

In the late 1960s, following the end of various Eastern conflicts, there was a significant reduction in the number of serving Gurkhas in the British Army.

And it became apparent that many Gurkha soldiers and their dependants or widows in Nepal faced destitution in old age. Many of these soldiers had served in the World Wars. However, they had not served the 15 years needed to qualify for an Army pension and unlike their British counterparts they could not rely on the welfare state in old age, as it does not exist in Nepal.

In 1969, in recognition of the country’s debt of honour to these soldiers, a public appeal, led by eight great wartime Field Marshalls raised £1m to establish The Gurkha Welfare Trust.

Find out more about The Gurkha Welfare Trust here.