Teenage Refugee Volunteers to Return Kindness He Was Shown in Birmingham

A 17-year-old refugee from Sudan has decided to take up volunteering to return the kindness he was shown by a charity project assisting young refugees and asylum seekers in Birmingham. 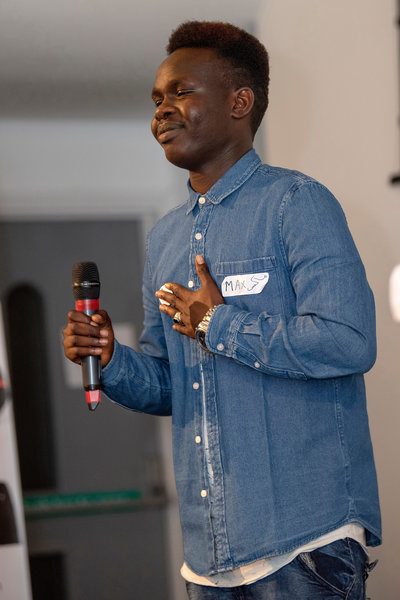 Max is among 118 young refugees and people seeking asylum who are being supported in the city through Surviving to Thriving, a partnership between British Red Cross, the Refugee Council and UpRising.

The project is working with vulnerable children and teenagers who have fled conflict, persecution and torture and have arrived, alone, in the UK. It combines the individual expertise of each organisation to holistically support young refugees and asylum seekers in becoming active and valued members of their communities.

In 2013, violence forced Max to leave behind his family and home in Darfur, western Sudan, and endure a two-year journey from Libya to the UK. The Surviving to Thriving project has been essential in helping him understand his rights, develop life and leadership skills, improve his English and settle into his new community in Birmingham.

“When I arrived in the UK I didn’t feel confident. I didn’t speak English and I didn’t understand anything when someone spoke to me,” Max said. “I was so frustrated that I couldn’t talk to anyone, but now I feel good. I pushed myself and the Surviving to Thriving project helped a lot with that. I’ve learned so much.

“Now I’m a volunteer with Surviving to Thriving and I help other refugees like me. I talk to them and give them advice, and I’m there to help them if they have a problem in their heart.”

Through the project, Max has been involved in making six short films highlighting challenges faced by young refugees and asylum seekers in the UK, including homelessness, isolation and a lack of education.

The issue of child homelessness is of particular significance to Max, who slept in Birmingham New Street train station when he first arrived.

As a volunteer, Max now helps guide other young people in similar situations through the film-making process.

“It’s important for me to keep busy or I feel I’m losing my time. I want to be a police officer like my grandfather in Sudan,” Max explained. “He died many years ago so I didn’t meet him but I have a picture of him in his uniform I keep with me. People helped me when I came here so I want to give some help back. I want to volunteer all my life and any time someone needs something I want to be there to help them. I know I have something more to give in life.”

Click here to find out more about the Surviving to Thriving project.