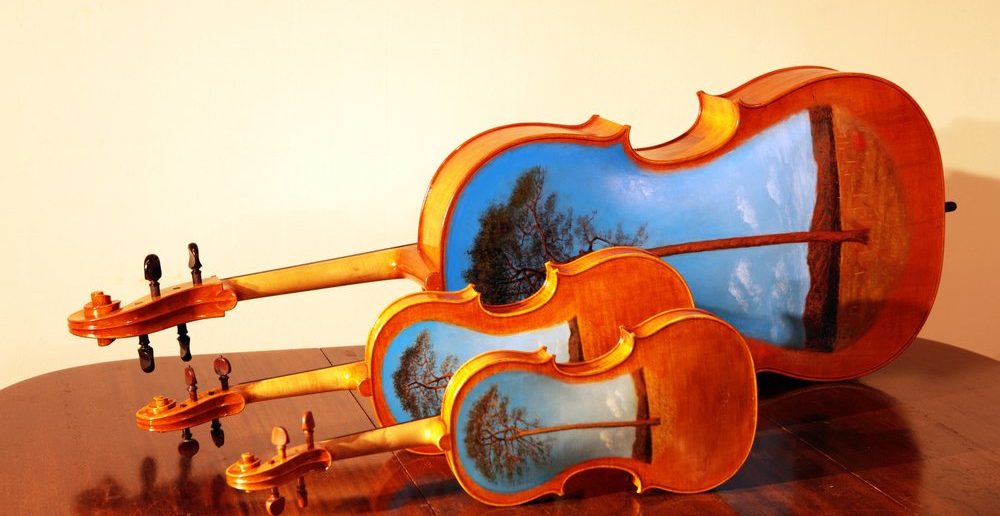 A string quartet performed in Vienna last month, as thousands have done so before it, except this time the instruments they were playing were centre of the stage, and offered something a little bit different. Because, this time, the instruments were created out a driftwood debris and wood from the collapsed houses from the tragic tsunami in Japan in 2011.

The ensemble performing included both Japanese and Austrian musicians, who came together to play Mozart and other composers on the bespoke instruments. They performed on violins, violas and a cello created from the wood remnants of the tsunami. They are four of 600 people to perform with the instruments, including Crown Prince Naruhito, renowned cellist Yo-Yo Ma and renowned violinist Ivry Gitlis.

The performance was part of the Tsunami Violin project which aims to have 1000 artists from around the world play the instruments. It was created by Muneyuki Nakazawa, a luthier, to scoured Japan for driftwood, usable debris and wood from the many houses that collapsed following the tsunami. He created the sound poles, a key component of any string instrument, from a pine tree known as Kiseki no Ippon Matsu from Rikuzentakata. This tree has been deemed a miracle tree after it survived the devastation of the tsunami after 70,000 others were swept away. It has become a simply of hope for Japanese and Muneyuki used its wood in hopes of conveying the same level of hope in his instruments.

“We hope from the bottom of our hearts that this project will provide such an alarm and that the people of the future will learn something. To help that sadness never happen again, please listen to the sounds of those violins.”

The project has been entitled “The Ties Woven with One Thousand Tones.” The name is symbolic, with one thousand being an important number in Japanese culture, as Japanese people have long held the custom of hand-making one thousand paper cranes when wishing on a dream.

Muneyuki was born into a family heritage of forestry and timber, and grew up surrounded by music and wood. He opened his atelier in Tokyo in 1980 and has worked in instrument repair and maintenance for musicians in Japan and overseas ever since. He won the Core d’Azur prize at Cannes International Art Festival in 2004 with his newly-crafted violin. And, at 77 years old, he’s taking something tragic and using it to create art to help heal those around the world affected by the tsunami.

Click here for more information on the Tsunami Violin Project.