Little tern chicks are starting to leave the nest and prepare for their 5000km journey to their West Africa wintering grounds. 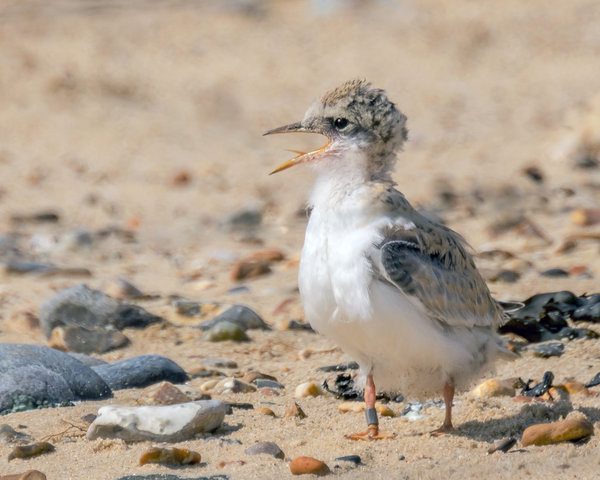 Little terns are one of the UK’s rarest seabirds, and rely heavily on the east Norfolk coast which supports around 20% of the national population. 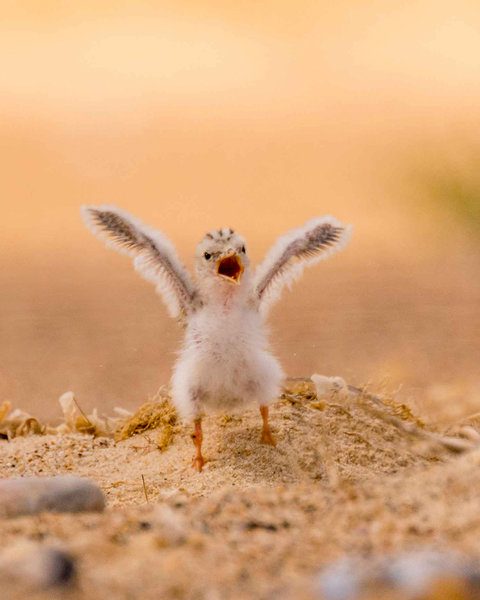 “Like many of us who choose to live near, or holiday by our beautiful beaches, little terns have too realised that east Norfolk is the perfect summer spot,” said RSPB Little Tern Project Officer Emma Witcutt. “However, nesting little terns face lots of challenges on our beaches. High tides, predators, human disturbance, and freak weather can all impact on this specie’s breeding success.

“That’s why it’s so fantastic that we are starting to see this year’s chicks taking their first flight: preparing for the long journey back to West Africa on their own.”

Little tern chicks take their first flight at between 18-21 days old. They then become known as ‘fledglings’. It’s an exciting time for staff and volunteers who have worked on beaches along the east Norfolk coast to protect these birds, and watched them grow.

“I have had the privilege to volunteer on the RSPB Little Tern Project for several years and it is a very special experience,” said RSPB Little Tern Volunteer Lyn Ibbitson-Elk. “These precious little seabirds honour us in Norfolk with their presence for only a few months every year, having flown an astonishing 5,000km.

“It is wonderful to hear their haunting calls, see their aerial displays and if you are lucky, see them plunge dive into the sea for sand eel.  We need to do everything we can to preserve our colonies of ‘Little Pickies’ to safeguard their future. They really are a cracking little Norfolk bird!”

To celebrate this exciting time for little terns, here are 7 fun facts about them: 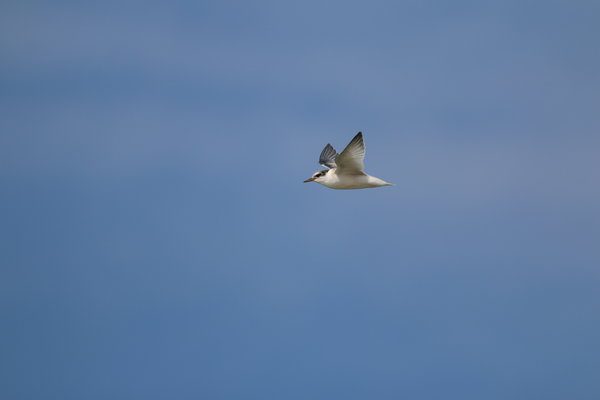 The Norfolk name for the little tern is ‘Little Pickie. Photo: Spinkybird 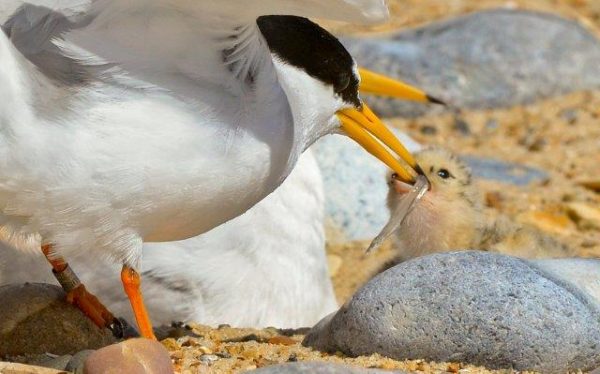