A teenager who missed her own prom whilst undergoing gruelling cancer treatment was left ‘speechless’ when her school friends surprised her with a prom night of her own, raising thousands of pounds for charity. 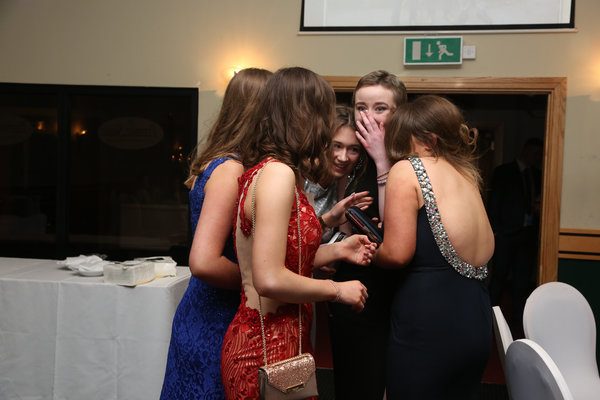 The special night, held earlier this year in March, was organised in support of Molly Harrison, 17, from Cannock, who received a shock diagnosis of stage four Non-Hodgkin’s lymphoma in July 2017 after having constant itching, breathlessness, night sweats, fatigue and a cough that would not go away.

“I just put it down to exam stress because I was studying for my GSCE’s,” Molly said. “After my last exam, my mum took me to the doctor. We assumed I might have asthma, I didn’t really think about anything else. It never even crossed my mind it would ever be cancer.”

Following tests, a mass was found across Molly’s chest that caused one of her lungs to collapse. After further tests and a biopsy at Queen Elizabeth Hospital, Birmingham, they received the devastating news that she had cancer.

“It was very surreal, the nurse and my parents came in and looked like they had been crying. I can’t remember crying when they told me, I was just in shock. It was like an out of body experience, like watching a film about somebody else.”

Molly’s first of five chemotherapy rounds, later followed by three weeks of radiotherapy, started the day after her diagnosis. This meant she later spent her 17th birthday in hospital and had to go back to hospital after picking up her GCSE results where she received 5 A*s, 2 A’s, 3 B’s and sadly missed out on her prom night.

“All the way through year 11 there is such a big build up to the prom, everyone gets excited about it and it’s a great chance to say bye to your friends. I was gutted to miss the prom, I was going to go with my friends and I just felt like I was missing out on it and all the plans we made for the summer.

“You work so hard all year for your GSCEs and prom is a good way to celebrate it was hard to see all the Instagram posts and snapchat stories in my hospital bed, it upset me to see it all.”

Unbeknownst to Molly, her best friends from high school, Harriet Murray, Caitlin Cooper, Bekky Dudley and Joanna Antoszkiewicz from Cardinal Griffin Catholic College in Cannock began organising a surprise prom for Molly and to raise vital funds and awareness for CLIC Sargent, a charity that helped her family through it all. 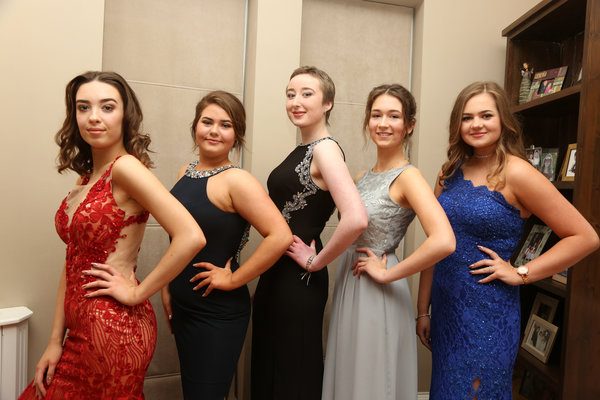 Harriet, Catlin, Molly, Joanna, and Bekky at the surprise prom

“My friends and I felt that it was important for Molly to have her own prom to celebrate how far Molly has come and all the individuals CLIC Sargent has helped; the amazing night and memories was just a bonus,” Harriet said.

“The hardest part was keeping it a secret from Molly, as literally everyone knew except for her. Through the event we gathered together family, friends and even past teachers who knew Molly and were willing to show their support. Finally, we can say that we gave Molly the prom night she deserved.”

Molly had no idea her friends were organising a prom for her. “I was in total shock I had absolutely no idea, I was just speechless,” she said. “I just asked them how long have you been doing this? I remember looking at them thinking: is this a joke? are you kidding? We all started to cry. It was like everyone knew but me, I couldn’t believe no one let it slip.

“We all walked into the venue together and everyone started to clap. It was so surreal, I didn’t realise how many people knew or cared. Seeing everyone made me realise how amazing people are when they come together. Everyone put aside any differences and danced all night together raising money for a great cause.” 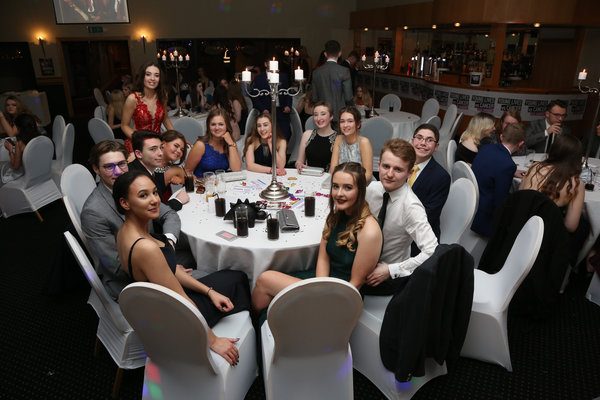 Molly had to miss her prom, so her friends organised a special one for her, and raised money for the charity that supported her.

The night was a huge success raising £2472.32 for CLIC Sargent, the UK’s leading cancer charity for children and young people, and their families.

Following her diagnosis, Molly and her family were supported by CLIC Sargent social workers who provide practical, emotional and financial support for the whole family.

“I had amazing support from the two social workers Orlando and Sam when I was on the  Young Persons Unit. They really helped with the long periods of time me and my family spent on the hospital ward and always knew how to make me and my sister laugh. They really understand how to help families deal with the pressures treatment can put on relationships and how to adapt to a new life in and out of hospital.

“Becky, another CLIC Sargent Social Worker who visited us on the ward, would come and talk to me and my mum, she helped us with all the finances and all the paperwork. Being in hospital was the first time I’d heard of CLIC Sargent, I was surprised that this support would even be on offer.”

Now the teen, who is now in remission, is delighted that her friends have given something back to thank the charity that helped her through it all

“The generosity and kindness of my friends and family was truly overwhelming, for a charity that has supported us through it every step of the way. Not only did the night raise an amazing amount of funds for CLIC Sargent, but it spread so much awareness of the work they do supporting younger people living with cancer. Knowing it was raising funds and awareness for CLIC Sargent made it so much better for me.

“I love my friends anyway but I’m so proud of them that they put this on for me. They are the most beautiful people inside and out and they have exceeded anything I could ever imagine anyone ever doing for me. We have been through the toughest of times together and I know if we can get through this we can get through anything. I have a group of friends for life and I love them more than words can say.”