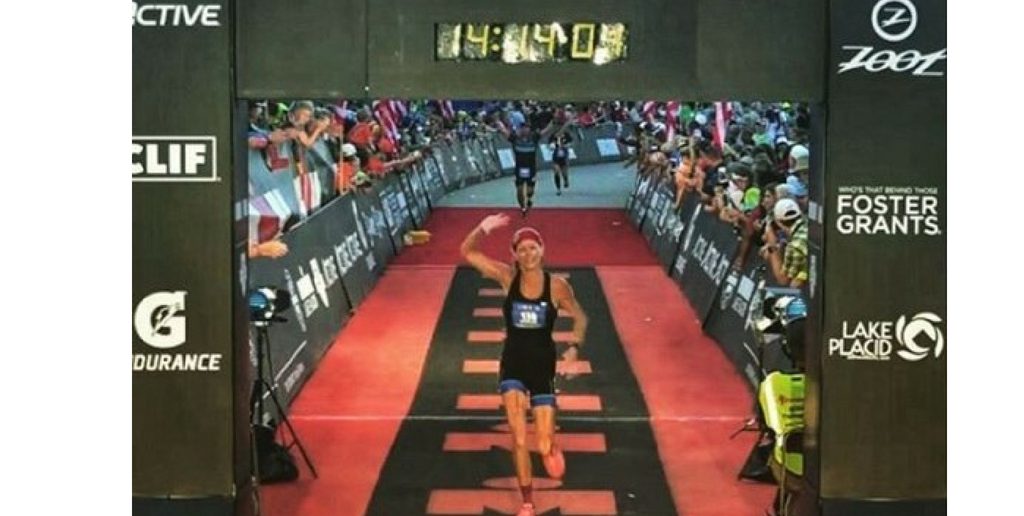 As a longtime coach and athlete, Christine Conti’s active lifestyle could have been over when diagnosed with
rheumatoid arthritis. Her thoughts first flashed to her grandmother Jeanne who spent her elder years in a
wheelchair, paralyzed from the neck down due to the disease.

Conti had built a business for herself as a fitness podcaster and personal trainer. Movement defined her, and she
wasn’t ready to give up while she still had time left. So, she created a bucket list of every fitness activity she
wanted to try before it was too late.

She recently crossed off one of her biggest items at Ironman Lack Placid, based in New York — a major triathlon
in which competitors bike 112 miles, run 26.2 miles and swim 2.4 miles without a break. As she trained and
competed, Conti shared her story and set out to raise money for charity.

What to Know About Rheumatoid Arthritis

Rheumatoid arthritis affects 1.5 million Americans annually – women are three times more likely than men to be
diagnosed with the autoimmune disease. Doctors still investigate the cause, but the disease causes the immune
system to attack the joints, causing, pain, swelling and inflammation.

Untreated, rheumatoid arthritis may damage bone and cartilage in the joint permanently. The disease also
impacts the respiratory, nervous systems.

The odds of getting rheumatoid arthritis increases when it runs in the family. Conti’s cousin got diagnosed with
the autoimmune disease in her late thirties. Her older sister got diagnosed in her late forties. Conti hoped she
escaped rheumatoid arthritis since she only experienced a few aches and pains over the years — ones she
thought linked with her active lifestyle playing volleyball in her youth and then as a personal trainer giving back
to others.

Then, the problems started — she lost her ability to grip a soda bottle and a pen. Her hands were always in pain
and inflamed. When she started dropping items, the pain moved to other parts of her body until it reached the
breaking point. Conti was a full-time English Literature teacher at the time and struggled to unlock herclassroom door. She cried as she struggled to use her hands.

Conti got the diagnosis of rheumatoid arthritis officially in 2012, a particularly aggressive form that left her in
constant pain. For Conti, movement and exercise were therapy — she spent two hours every day dedicating
herself to her trainees and personal fitness.

She faced a decision — to lie down and feel bad, or get up and choose the moment as a gift. Conti focused on
intensive treatment with various injections, such as methotrexate — commonly used in chemotherapy. Epidural
steroid injections reduce inflammation and avoid systemic side effects in the spine joints, but steroid injects are
also administered directly into the joints, done in-office, to manage the pain. Oral medications and physical
therapy also helps patients manage the disease by soothing and strengthening small stabilizing hand muscles.

While undergoing treatment, Conti made a bucket list. On her list, Conti listed running a half-marathon. The only
real goal was to complete the list, and the first marathon — she ran it under four hours.

Who knows how much more time her body will give her? If that time is only ten years, she aims to check off the
list. She kept running marathons and soon qualified to run the Boston Marathon — only achieved by a slight
percentage of athletes.

Five years ago, Conti got pregnant with her second child, which also pushed her disease into remission — or so
doctors believe. She completed five Boston Marathons and 30 marathons in total, never giving up training others
or exercise.

Conti kept running, completing 30 marathons in all including five Boston Marathons. She kept working out and
training others. When the pain returned, she left her teaching job to focus on fitness and health. Her second
place rank in the Jersey Girl Triathlon in 2017 inspired her to expand her unique bucket list to Ironman Lake
Placid and raise money for rheumatoid arthritis. 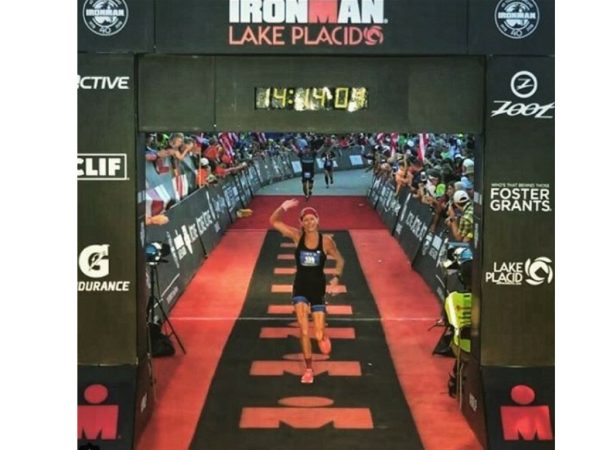 The first $3,600 goes to the Ironman Foundation and the extra funds donated to rheumatoid arthritis research.
Her story of completing Ironman training while undergoing a second set of treatments has brought the spotlight
down upon the disease and its ramifications — but also its gifts and the act of giving back.

Conti feels terrible on many days. Her medication can make her lungs burn and affect her breathing, and the
pain keeps her awake during the night. She keeps her training up. Conti’s motto is: “Don’t stop moving.”

If she has to doggy paddle at future marathons, she’ll do it. She won’t stop moving or following her passion, and
in turn, inspiring others to live their best lives no matter what life dishes up. Give back, and don’t give up.