A specially designed rope bridge slung between trees high over a Highlands road is giving red squirrels a safe crossing. Camera footage has revealed regular use of the bridge by the charismatic species.

Conservation charity Trees for Life installed the bridge over a road near Shieldaig last summer, as part of its project to reintroduce red squirrels to the northwest Highlands.

Footage collected for more than a year from a camera trap has now revealed squirrels from a flourishing new population at Shieldaig crossing the bridge and exploring their new homes.

Together with nearby road signs alerting drivers to the squirrels’ presence, the innovative bridge appears to have had a significant impact in reducing road deaths of the species. 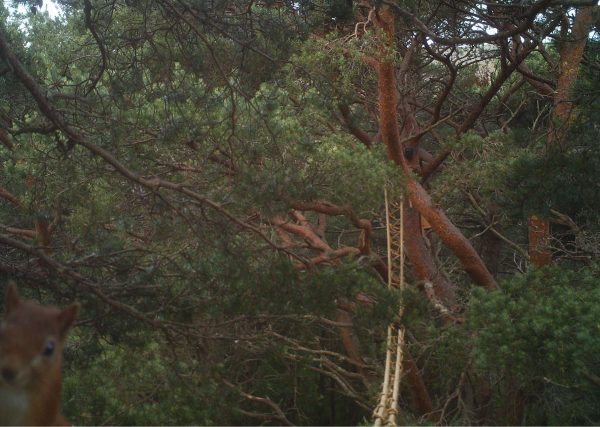 “Sadly, road traffic is a major risk for wildlife – including red squirrels. We wanted to take positive action to help the red squirrel population spread into the local woodlands as safely as possible. The combination of bridge and road signs definitely appears to be working well, which is great news,” said Becky Priestley, Trees for Life’s Wildlife Officer.

“It’s safer for reds to travel in the tree canopy rather than on the ground, so it’s likely that if they have the option of using a bridge rather than crossing the road, they will take it. We also installed feeders at each end of the bridge to encourage the squirrels to use it.” 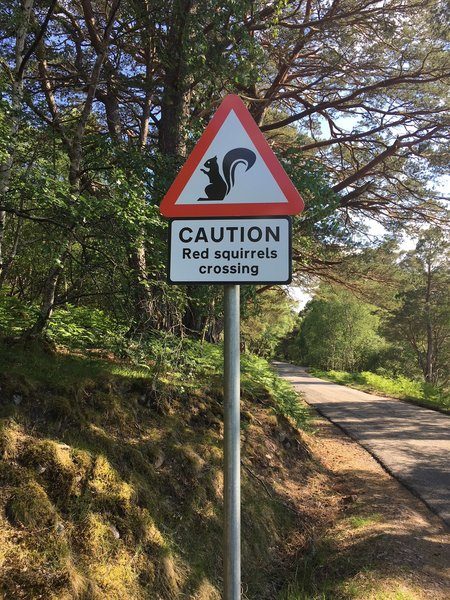 Since the bridge and road signs were introduced, there has only been one known red squirrel road death locally, with none reported so far in 2018. In the year prior to the safety measures, there were three reported road deaths of reds in the immediate area, and two others further away on another road.

There have been trials of road bridges for red squirrels in a few other areas of the UK, reportedly with mixed results. Use by squirrels appears to depend on how bridges are sited. At Shieldaig, Trees for Life left trailcams in place for more than a year – allowing enough time for two litters of red squirrels to be born – to monitor whether the population was using the bridge.

The Peoples Trust for Endangered Species says an estimated one million mammals are killed on UK roads each year. Saving Scotland’s Red Squirrels has said in recent years that three per cent of red squirrel sightings recorded via its website are dead on roads, with the actual figure perhaps far higher.

Today only an estimated 120,000 reds remain in Scotland, their numbers decimated by reduction of their forest homes to isolated remnants. Grey squirrels, introduced to the UK in the 1800s, also outcompete the native reds, and spread the squirrel pox virus – to which they are immune but which is lethal to reds.

For the last three years, Trees for Life has been carefully relocating red squirrels from their strongholds in Inverness-shire and Morayto isolated fragments of suitable Highland forest where reds would once have lived, but to which they cannot return on their own.

The successful project has seen 140 red squirrels released so far, including at Shieldaig. The reintroduced populations have been seen exploring their new woodland homes, and they have been breeding and spreading into new areas. Numerous young squirrels have been sighted at the release sites throughout 2018.