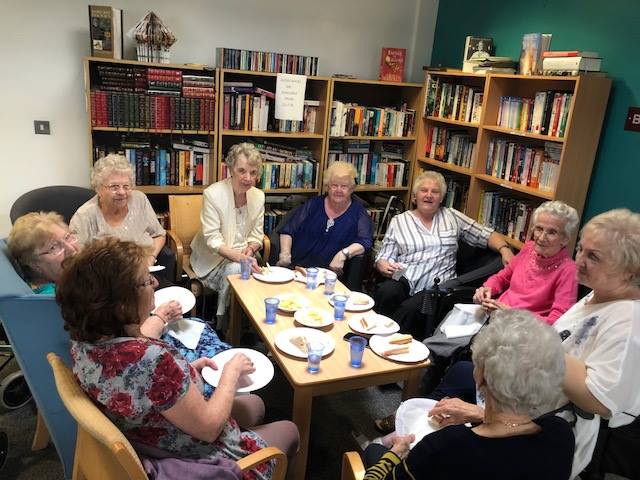 A Charity Fostering Friendship Between the Elderly

By Kate Harveston on September 13, 2018 0 Comments
Photo: Contact the Elderly

As people age, it becomes more and more difficult to maintain friendships. Old friends pass away, retire, grow sick or move somewhere new. This can leave many older adults with few personal connections.

Though the love of children, partners or siblings can undoubtedly help aging family members stave off loneliness, it’s hard to replace the comforts of steady companionship — and in some cases, social connections are hard to come by at all.

The Risks of Loneliness

Isolation and loneliness among the elderly are on the rise, and it poses many physical and psychological risks. One study found that, in elderly people, loneliness was associated with higher rates of mortality and physical decline. Furthermore, if measures aren’t taken to combat loneliness, it can lead to depression and mental decline, as well.

Although elderly people can reduce loneliness in a few ways, it can understandably be hard to do alone. Making friends in similar positions is the best way for older people to connect socially and reduce feelings of loneliness, but for people who live by themselves or struggle with mobility issues, getting out and making friends can feel like an impossible task.

Luckily, some charitable individuals are dedicating their time to helping aging community members make friends. One organization based in the UK, Contact the Elderly, has been supporting the community fight loneliness since 1965.

The Solution to an Isolating Problem 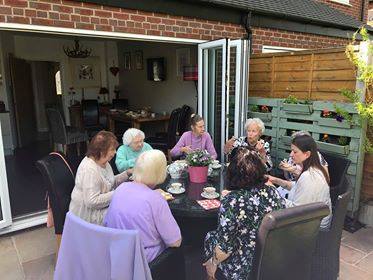 Once a month, volunteers from Contact the Elderly pick up community members aged 75 and older and take them to attend a Sunday tea party. A different volunteer hosts a tea party every month, providing attendees with the opportunity to socialize with the hosts, as well as other guests.

By providing both friends and transport, Contact the Elderly can erase some of the barriers that prevent older adults from getting out — they are able to easily meet people they share things in common with, and regardless of their ability to drive or go out on their own, they can join a safe group for tea and snacks. The monthly outings can give primary caregivers some needed rest, and the gatherings also provide aging adults with something to be excited about, even when other social outlets are unavailable.

Contact the Elderly is just one charitable organization dedicated to helping the elderly fight loneliness. Considering their longevity and success, it’s no surprise that other groups have formed around similar goals around the world. One group operating in Sweden called Äldrekontakt is just one example of a group inspired by Contact the Elderly to make a difference in another community.

The work Contact the Elderly and similar charitable organizations do is thanks to the dedication of volunteers, as well as outside donations. Though the world is full of pressing needs, we should not overlook the need to battle elderly isolation — especially when the help of charitable individuals can make such a noticeable difference in elderly peoples’ quality of life. 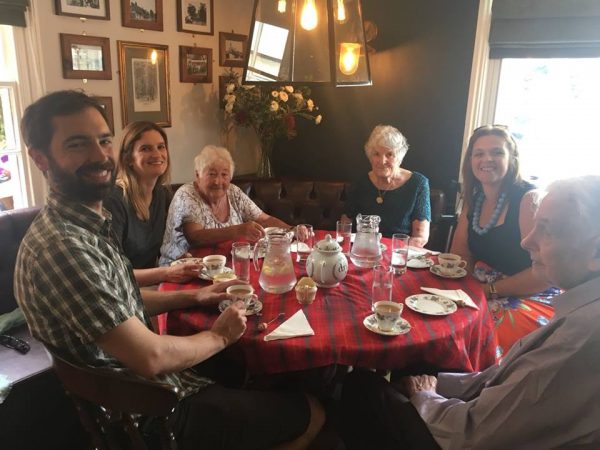 A tea party in Cambridge. Photo: Contact the Elderly.

Loneliness is a serious matter, especially in aging populations. But forming strong friendships and social connections — even late in life — can combat the physical and mental risks of isolation.

If you’re interested in joining the fight against loneliness in the elderly community, consider donating to a charitable organization serving isolated adults, or visit a local nursing home or community center and ask if there’s anything you can do to help out. Most importantly, take a moment to reach out to an older adult you know. Your friendship could make a huge difference.