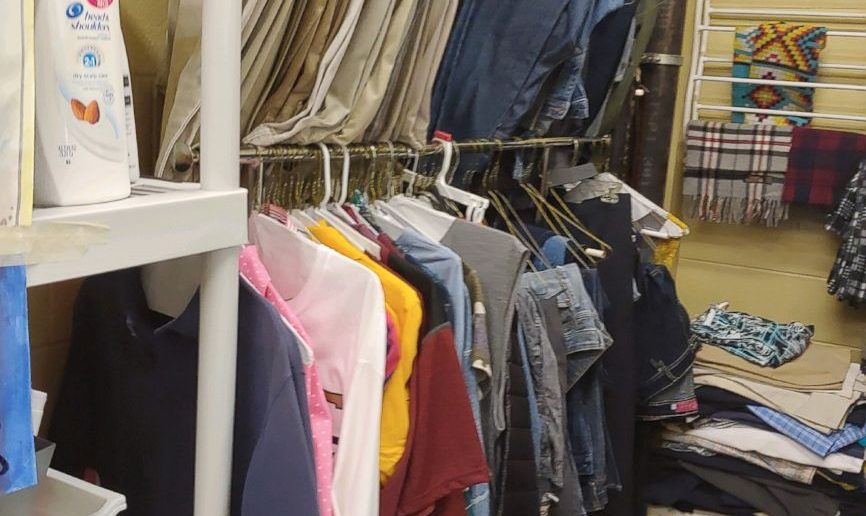 Carolyn Collins — janitor at Tucker High School in Tucker, Georgia — has shed light in her community through her efforts to aid students in need. It began when two siblings turned to Collins for help. They were living out of a car with their mother and didn’t have access to the basic amenities that so many other students take for granted. So much so that they were forced to use school facilities in the morning out of desperation.

Collins had no responsibility to handle these issues and could have easily referred them to a counsellor for help. In this situation, many people likely would have. But instead, she went above and beyond the call of duty, preparing the brother and sister a breakfast of fruit and cereal. And so began the concept of the “giving closet.”

In an interview with the Washington Post, Collins said, “I knew they weren’t the only kids at school who were struggling. And I thought, ‘I’m going to do whatever I can to help these kids.’ High school is hard enough without being homeless.”

The site of the giving closet was an empty storage room close to the cafeteria. Collins spent $200 of her own money on food, clothing, notebooks and toiletries to stock the space with items for underprivileged students. With up to 15 of them homeless at any given time, the giving closet is a welcome reprieve from the scarcity they’re accustomed to.

Eric Parker, principal at Tucker High School, has commended Collins on her selfless commitment to the wellbeing of those struggling with poverty. In addition to supplies, Collins offers her ear to those in need of counsel. “Whatever problem they might be having in their lives, they know they can trust her to listen and help.”

But there’s another reason behind the custodian’s kindness — a tragedy in her past that affected her perspective. Six years ago, she received a call that her son was killed in a home invasion robbery. She wants no one to experience the pain she felt from that loss and hopes the giving closet will prevent students from having to steal and commit crime to survive.

Collins has helped about 150 students over the time that the giving closet has been active. Though she now receives donated supplies from other teachers, students and locals in the area, she continues to invest several hundred dollars of her paycheck each month in keeping it full.

Carolyn Collins represents an example of the think-global-act-local mentality. Since the giving closet began, her profound empathy has afforded many students at Tucker High School the means to move past their disadvantages. And her charity has been well-recognized. As one student said, “She gave me hope to keep going. I learned that if I could conquer being homeless, I could conquer anything. Because of her generosity, I didn’t give up. I’ll remember how good she was to me for the rest of my life.”