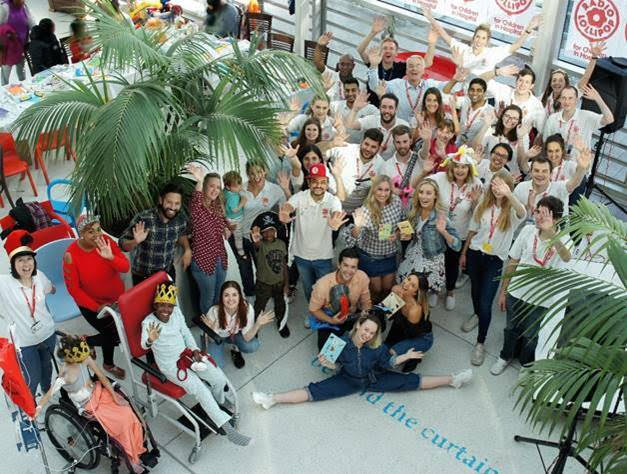 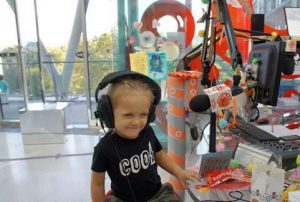 This year, the charity radio station is celebrating their 10th birthday at Evelina London Children’s Hospital.

“2018 has seen us celebrate a milestone birthday of 10 years serving the children at Evelina London,” said Radio Lollipop London Chairman, Chaminda Stanislaus. “I am extremely proud of all the volunteers giving up their time over the years to put smiles on the children’s faces and look forward to us continuing to do the great work we do in the hospital for many more years to come.”

First established in 1978 at Queen Mary´s Hospital for Children in Carshalton, Surrey, which at the time was Europe’s largest children’s hospital, but launching officially a little over a year later at midday on the 5th May 1979; the very first Radio Lollipop show went on the air and quickly became an extremely valuable contribution to the recovery of children in hospital… 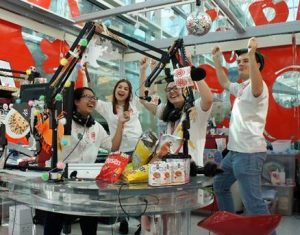 Fast forward 39 years and Radio Lollipop is now an active and regular component of children’s hospitals across the world, functioning throughout hospitals across Australia, America, New Zealand, South Africa and of course, all over the UK.

To mark their 10th year of broadcasting to and providing bedside entertainment for the patients and their families at Evelina London Children’s Hospital in London, Radio Lollipop threw an end of Summer indoor festival for the children, volunteers, staff, parents and siblings across the hospital.

Experienced music-in-healthcare practitioners Zoe Konez & Marina Tiffeny who specialise in bringing live interactive music for wellbeing into hospitals kicked off the day, lending not only their time and musical talents but their coveted instruments so that the kids got to have a go at strumming guitars & shaking shakers in time to a mass singalong of Jungle Book classic “I Wanna Be Like You” amongst others.

Upcoming artist Casey Lowry then wowed the crowd with his vocals and astutely included some Ed Sheeran covers to get the kids bouncing along with him. Blues/Folk duo Ferris & Sylvester followed and continued the London theme of the day by wooing everyone with a rendition of Waterloo Sunset, followed by a few of their clap-a-long numbers.

Lollipop favourite, Marco Frankland from Good Gracious Music Ukulele Workshop then pulled everyone together for a group participation hands-on ukulele lesson to grasp the basics of these tiny but fun musical instruments. 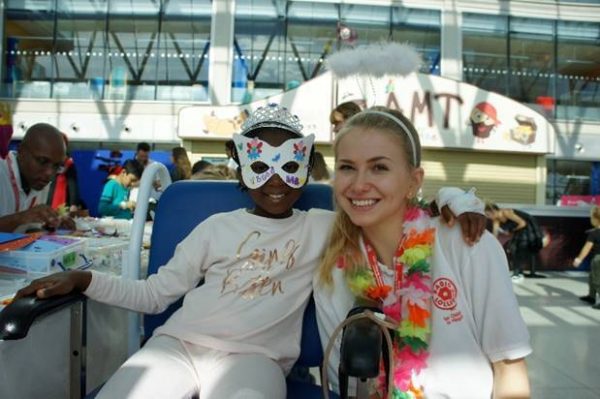 And finally, to headline this incredible day of fun, a selection of some of the most talented singers in the country from musical agency West End Tributes led everyone through a medley of songs including tracks from Frozen, Moana, Aladdin & The Little Mermaid!