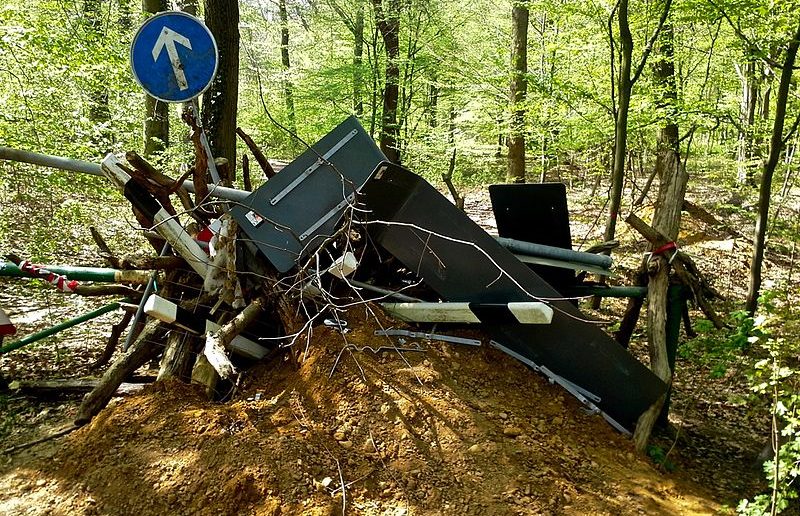 A non-profit startup company in Berlin is willing to buy a portion of the Hambach Forest in western Germany for an astonishing $1 million — and here’s why.

RWE, a sizeable Germany-based energy company that claimed ownership of the forest in 1978, recently declared its plans to deforest the area to prepare for an upcoming coal surface mining project. But, they weren’t going to cut down this nearly 12,000-year-old plot of land without resistance.

The Impact of Conservation Efforts

Ecosia is a search engine company that gives a large chunk of its advertising revenue to conservation causes across the globe. Basically, if you use Ecosia as your search engine, you help plant trees every time you search the internet!

When the CEO of Ecosia learned about RWE’s upcoming plans to cut down the Hambach Forest, he made an offer that many hope RWE can’t refuse, which will in turn effectively save the land and keep the forest thriving for many years to come.

Although RWE has yet to respond to the offer, Ecosia is hopeful that their bid won’t be ignored. While their offer remains on the plate, the logging of Hambach Forest is postponed even further. With more delays, the company has a higher likelihood of receiving a deal.

In the nearby area, Ecosia’s generous act hasn’t gone unnoticed, either. For many years, activists in the surrounding area have fought diligently to keep the forest intact. Some supporters even went as far as to build fortresses in a treehouse-style, vowing to keep up their peaceful protects until RWE decided to reject their earlier plans to cut down the forest.

Conversations and residents alike have urged for the government to step in and put the energy company’s plans to a halt. The many who are opposed to lignite, or the brown coal used for energy, have even voiced their concerns about the sustainability of this energy source.

And it looks like the conservationists and Ecosia aren’t too far away from reaching their goals. While RWE hasn’t officially announced its decision to accept the nonprofit’s proposal, an order was recently called in the local regional court to halt any logging in the forest until further notice.

While the future of Hambach Forest remains unclear, Ecosia is willing to go the extra mile to ensure that the forest experiences a favorable outcome. Currently, this nonprofit is responsible for planting 40 million trees across the globe. The company has already secured the safety of numerous biodiversity locations, too.

Sustainability as a Priority

The search engine business’s bid to buy the forest should come as no surprise to others since Ecosia is dedicated to helping establish a sense of sustainability through its efforts.

Plus, Hambach Forest isn’t just like any old forest you may encounter on the side of a highway or next to your local park. This land houses nearly 13 endangered species and contains hundreds of years of history.

In fighting for the ancient German forest, Ecosia’s supporters are also working hard to uphold the environmental interests of those who populate the surrounding area. If Ecosia can purchase the land, the company will dedicate itself to producing a positive impact in the surrounding forest.

Because coal mining efforts have destroyed so much of the surrounding area, they’re hopeful that they can conserve the remaining land and turn it into a global investment that will save the hundreds of species that still call Hambach Forest home today.

Unmotivated by publicity or garnering attention as a hero, Kroll — the founder of Ecosia — simply wants to place a bid on the forest to ensure that it’s here for several more hundreds of years for future travelers and species to enjoy.