World Polio Day Highlights How Together We Can Eradicate the Disease

To mark World Polio Day 2018 on the 24th October, Rotary groups across Great Britain and Ireland will be raising awareness for the fight to eradicate the disease by planting 2.5 million purple crocus corms nationwide.

Polio is highly contagious, and young children are the most vulnerable to infection. The disease attacks the nervous system, which can cripple or even kill them. Vaccines can keep children healthy – and alive.

The eradication of polio is one of Rotary’s longest standing and most significant humanitarian commitments.

Rotary’s efforts, along with their global partners, have led to the immunisation of more than 2.5 billion children against the disease since pledging to eradicate it over 30 years ago. As a result, the number of cases worldwide has reduced by 99.9%, with the number of polio endemic countries falling from 125 to just three; Pakistan, Afghanistan and Nigeria.

2017 saw just 22 cases of the disease, the lowest in history, making a polio-free world closer than ever. 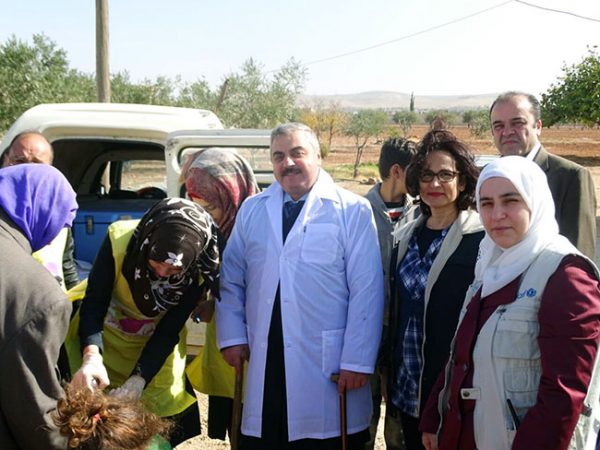 Dr Majid has been working tirelessly with UNICEF to protect as many children as possible from this life-threatening disease. © UNICEF Syrian Arab Republic/2017

“It’s a priceless feeling to vaccinate a child against polio,” says Dr. Majid who contracted polio at the age of 7 months, and has dedicated his life to saving children from the vaccine-preventable disease. “I know I can change their lives forever.”

Rotary’s Purple4Polio campaign, which was launched in 2016, aims to ensure that no child in the world goes unimmunised against polio. When a child receives their life saving polio drops on mass polio immunisation days in many countries their little finger is painted with a purple dye so it is clear they have received their life saving vaccine.