Kittens Survive 2,000 Mile Voyage From Cyprus to the UK in a Locked Car

Meet Neptune, Sinbad and Galene – three tiny kittens who somehow survived a week trapped inside a car with no food or water on a voyage from Cyprus to the UK. 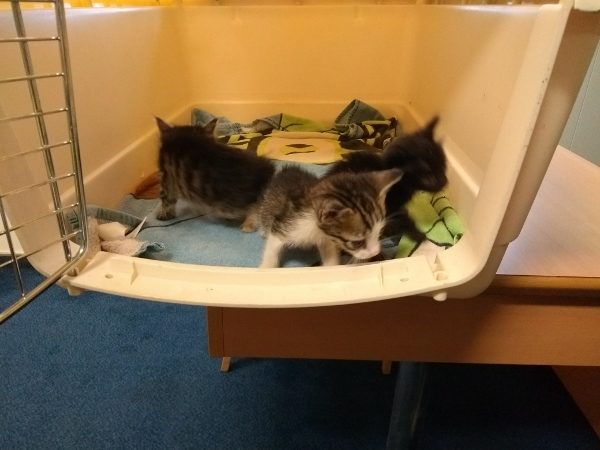 Neptune, Sinbad and Galene luckily survived the journey from Cyprus to the UK

The cruising kittens were discovered inside a vehicle on board MV (Military Vessel) Eddystone midway through a 10 day, 2,000 mile journey from Limassol in Cyprus to Southampton.

After being discovered the tiny kittens were looked after by the ship’s staff, and once they arrived in the UK they were given a clean bill of health by a UK vet and have now begun a three-month stay in quarantine, being paid for by Cats Protection who will find them a new home.

Neptune, Sinbad and Galene were discovered by crew at the end of September during a routine check of the ship’s cargo, and contacted the Sea Mounting Centre in Marchwood, Southampton where the boat was due to dock on 4 October.

“The staff were surprised to see three kittens sitting on the car’s dashboard staring out at them,” said Patrick Fortnum, the ship’s agent who is based at the centre. “The kittens were about three or four weeks old and were in remarkably good condition considering they’d had no food or water for a week. Their survival is miraculous.” 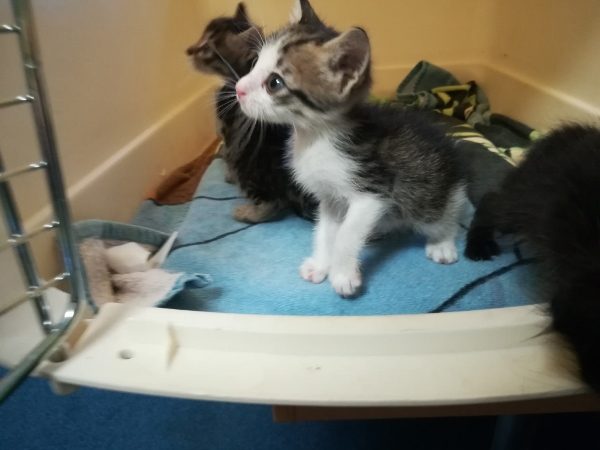 Cats Protection are looking for a home for the cute kittens

“Our staff quarantined them in an empty cabin for four days and kept them fed and warm. The kittens were very friendly, and weren’t timid or shy at all”

“We don’t know how they got into the car and they must have kept very quiet when the car was driven onto the boat because the driver didn’t hear or see anything odd.”

“The car was locked at the port of Limassol so it’s possible their mum had exited the car sometime before and is still on the island.”