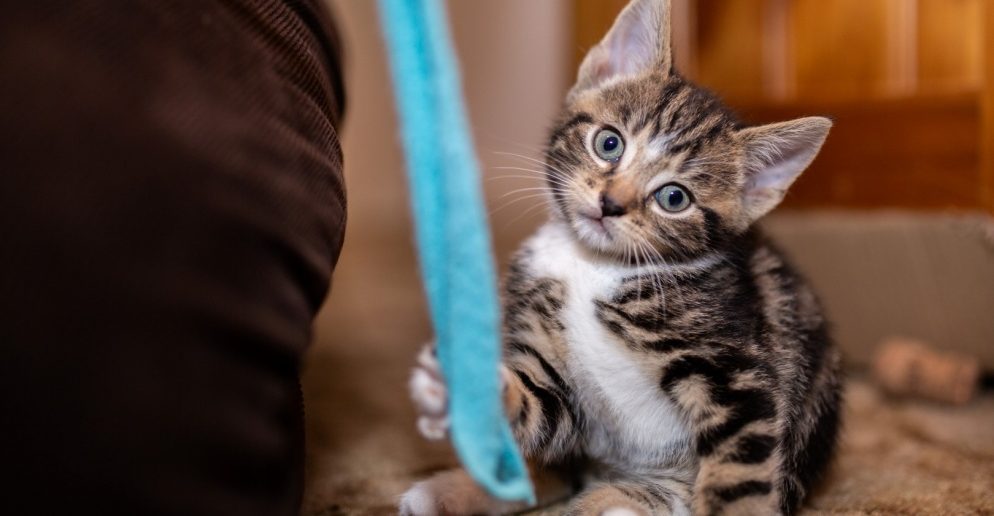 Ella's kittens have all been found loving homes to go to.
Amazing Animals

By Nisha Kotecha on November 15, 2018 0 Comments
Ella's kittens have all been found loving homes to go to.

Five helpless newborn kittens left all alone after their pregnant mother was abandoned in an empty flat have survived thanks to being reunited with their mum by Blue Cross.

Cat Ella was left to fend for herself when her owner moved out and didn’t take her with them. Kind neighbours had been feeding Ella and checking up on her and her kittens, but when the new mum failed to come home at the usual time the concerned neighbours called Blue Cross for help; worried for the young kittens’ welfare. 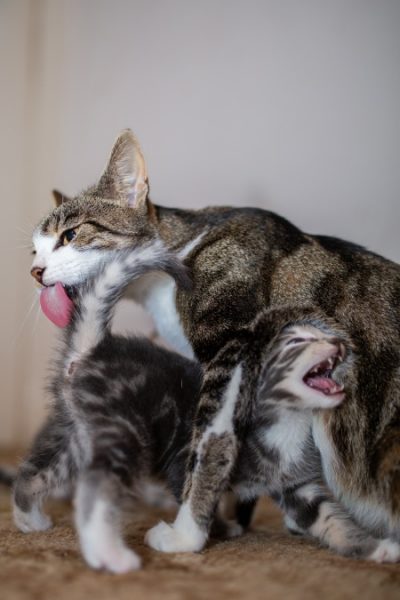 Ella cleans one of her superhero kittens. Photo: Blue Cross

A neighbour brought the youngsters to the charity animal hospital in central London who immediately took them in and made sure they had the milk they urgently needed.

“We were desperately worried about the kittens because we didn’t know for how long they had gone without a meal,” said Amanda Marrington, Blue Cross Animal Welfare Officer. “It was a race against time to make sure they had everything they needed to survive. Kittens need regular meals and care, so it could have been a very different outcome had they not got to Blue Cross when they did.”

Amazingly, the following day Ella returned to the spot where she had left her brood to find they were missing. We believe she may have been off searching for food further away from home than usual to give her the strength she needed to care for her newborns.

“When we received the news that Ella was home, a volunteer collected the confused tabby and brought her to our animal hospital where her kittens were waiting,” Amanda said.

“The whole team was thrilled to be able to reunite Ella with her kittens. They knew their mum straight away and wasted no time in begging her for a meal!

“While we are always able to hand feed kittens who need it, they will have a much better chance of growing up strong and healthy with their mother. She is an excellent mum.”

The kittens have been named Peter, Logan, Clark, Bruce and Tony after superheroes. The whole feline family was given the all clear to be transferred to Blue Cross Southampton rehoming centre following a health check, where they settled into a peaceful space for the kittens to grow before they were found loving homes.