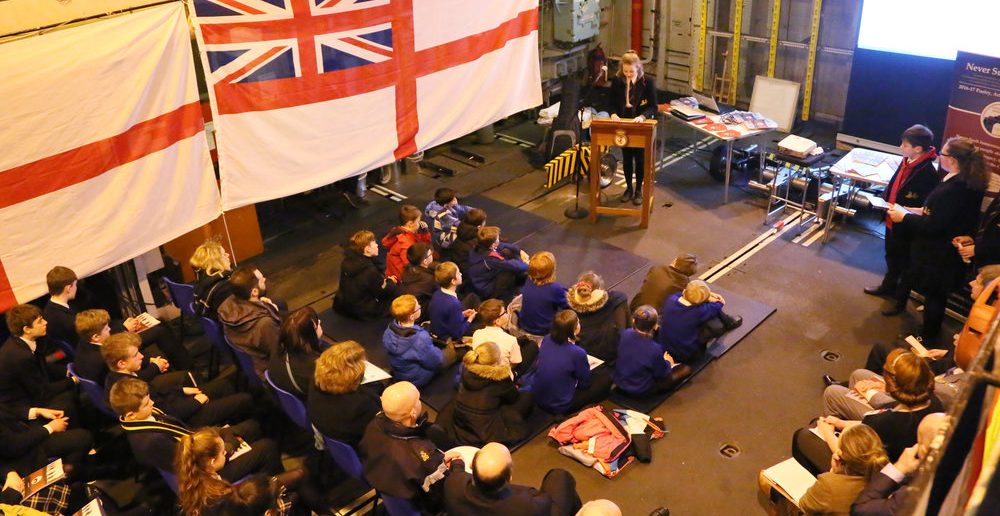 By Rob Mann on November 23, 2018 0 Comments
Photo: Never Such Innocence

This November saw the 100-year anniversary of the end of the First World War, which was marked by moving events throughout the world. A British charity, Never Such Innocence, has been inspiring fresh generations of young people to help commemorate the event.

Named after a line in the famous War Poem MCMXIV by Philip Larkin, Never Such Innocence is a charity that focusses on educating young people on the First World War, marking this tragic period of British & World history with events, artwork and commemorations. This way children can get involved with the Centenary and learn the importance of remembrance.

Recently, efforts have focussed on creating a lasting Centenary legacy, using artwork, songs and poetry, all created by young people. To engage their creativity, Never Such Innocence held competitions for each, receiving over 11,000 entries. So far, children from 47 countries across 5 continents have come together with their work. All the winning entries are to be consolidated into a commemorative anthology, Never Such Innocence: Children’s Responses through Poetry, Art and Song, as well as a commemorative album, Songs of the Centenar, both due to be released this year.

In addition, Never Such Innocence has also been organising community Roadshow events for a number of years that include museum tours and talks based at Army and RAF bases, as well as Royal Navy ships, where children have been able to present their work to local dignitaries and members of the Armed Forces. International roadshow events have also been organised at the Thessaloniki City Hall in Greece and the Hattingen Comprehensive school in Germany.

The global scope of the participants and these events helps to underline the totality of the First World War, whilst also underscoring the heritage and historical importance of the event for young people. The horrifying details of the First World War are difficult to convey, especially to children, and the commemoration of the events of the war need to be continually renewed. By structuring these activities in a child-friendly way, Never Such Innocence is dutifully assisting with this remembrance, as well as creating a moving testament by involving the same young lives that millions of people sacrificed their lives for, now over a century ago.

The winning competition entries, as well as more information on the work that Never Such Innocence does, can be found on their website.