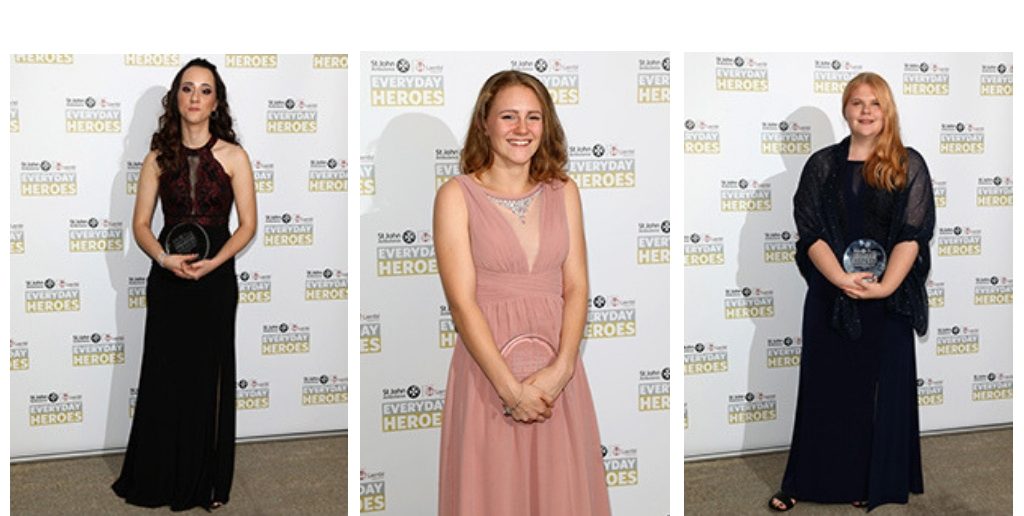 This September, St John Ambulance celebrated the nation’s life savers in their 2018 Everyday Heroes Awards. As part of an initiative to raise awareness of the importance of learning basic first aid, the annual ceremony recognised the bravery of everyday people who have stepped forward in moments that matter.

Among the 2018 winners were three teenage girls who received Young Hero awards, presented in honour of Guy Evans who died at the age of seventeen due to a heart arrhythmia, something which could have been changed had someone with basic first aid skills intervened. Having joined the St John Ambulance cadets, all of the girls were able to apply the first aid skills they had been taught – alongside their quick thinking and bravery – to real situations. 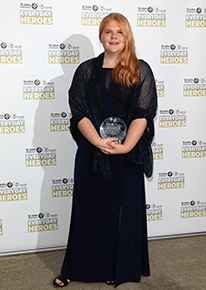 Using her cadets training she ruled out the possibilities of a heart attack and stroke, instead recognising his high temperature and low oxygen levels as symptoms of potentially fatal sepsis. She convinced her parents of the urgency of the situation and persuaded her mother to call an ambulance rather than waiting to call the GP.

Her father was immediately taken to hospital and given urgent treatment for sepsis, and it was Charlotte’s sharp judgement and confidence which got him the necessary treatment in time. 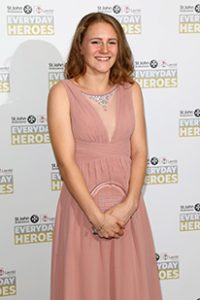 She heard her mother shout for help while getting ready for school and walked into their room to find her stepfather, having suffered a cardiac arrest, turning purple in the face and foaming at the mouth.

She began CPR straightaway while an ambulance was called and then showed her mother how to perform chest compressions, all the while reassuring her that it would be okay.

Molly and her mother performed CPR for around 10 minutes, ensuring that oxygen was flowing to his brain until the ambulance crew arrived and ultimately saving his life. 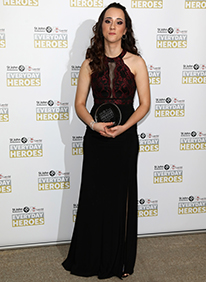 The final recipient of the Guy Evans award, 15-year-old Courtney Powdrill (pictured left), was first on scene to administer first aid when she witnessed someone being stabbed outside her home.

She looked through her curtains to see a group of youths attacking a man and immediately chose to act; she opened the door, making them run away, and while her mother called 999 she elevated his legs to reduce blood loss and kept pressure on the largest of the wounds until the police and ambulance arrived. Despite suffering multiple and lifelong injuries the victim survived.

In receiving an Everyday Heroes Award these teens have become role models within their local communities and within our society as a whole, reminding us to show courage in the moments that matter. The awards showcase the incredible and inspirational stories of ordinary people, and these young women show that age is not a limiting factor.

More stories from the winners of the 2018 Everyday Heroes can be found here.

Rachael is in her final year studying Ancient History and French at UCL. A glass half full person, she enjoys writing about ways in which the everyday person can tackle big issues from widening participation in the arts to zero-waste toilet paper.