Figures released in a recent survey show that 2018 has been the most successful year for Britain’s tallest bird – the common crane – since the 17th Century. 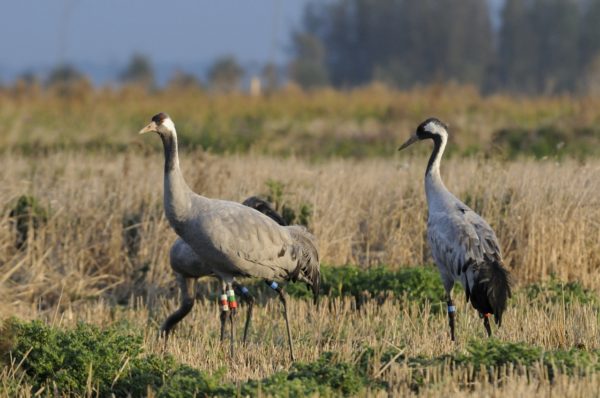 A record breaking 54 pairs produced 25 chicks, bringing the national total population to around 180 birds. This is its highest number since cranes returned to the UK in 1979 after an absence of more than 400 years.

Standing at a height of 120cm, this stunning bird is the tallest in the UK. Wild cranes were once a widespread breeding species before they became extinct through hunting and the loss of their wetland habitat around the 1600s.

In 1979, a small number of wild cranes returned to the UK and established themselves in an area of the Norfolk Broads. Thanks to the dedication of individuals, the UK Crane Working Group and conservation organisations, cranes slowly spread to other areas of eastern England. These birds have benefitted from work to improve their habitats at the RSPB’s Lakenheath, Nene Washes reserves and Natural England’s Humberhead Peatlands. 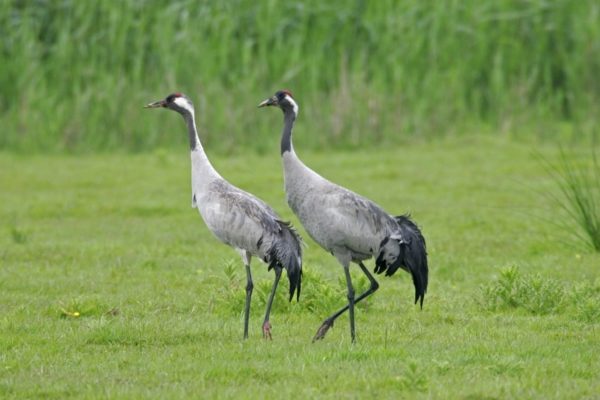 In 2010, the Great Crane Project – a partnership between the RSPB, WWT and the Pensthorpe Conservation Trust funded by Viridor Credits Environmental Company – set out to help this small population of birds. By creating and improving existing habitat and carefully hand-rearing young birds, the project aimed to restore healthy numbers of wild cranes throughout the UK by releasing them on the Somerset Levels and Moors.

“To see Cranes starting to spread back across the country after all this time is just brilliant – and a true reflection of how important the UK’s wetland habitats are to cranes as well as the many other species they support,” said Damon Bridge, Chair of the UK Crane Working Group. 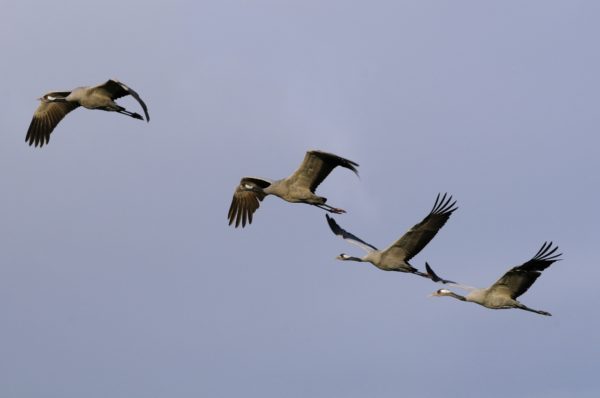 Since 2000, an incredible 160 chicks have been raised, significantly adding to the UK population. Wild cranes are now breeding in the Norfolk Broads, East Anglian Fens, Yorkshire and East Scotland, as well as populations in South-west England.