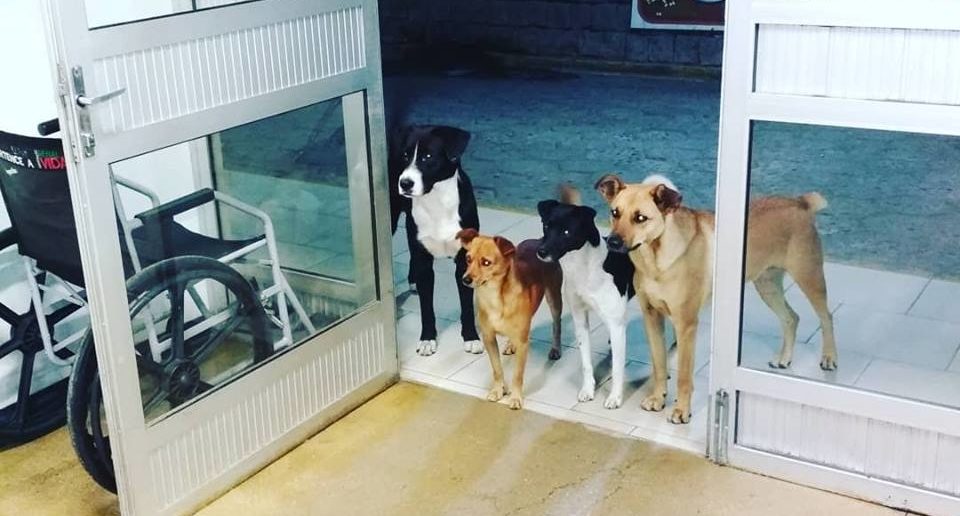 The man with nothing who kept on giving

At 3am in a hospital in Rio do Sul, Brazil, Cris Mamprim came across an unusual scene.

While a homeless man called César was being treated at the hospital for his ongoing condition, a group of dogs had gathered at the entrance to the hospital and refused to leave.

These dogs turned out to be César’s loyal, furry family. 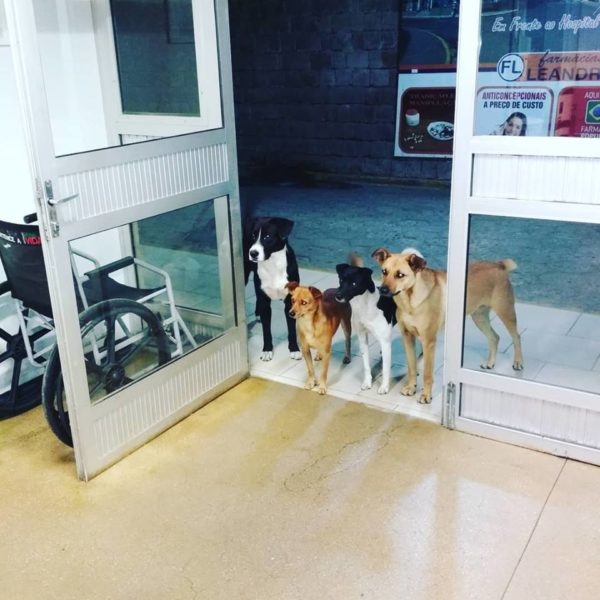 The nurse noticed the dogs were much better fed than other strays and their concern over their owner clearly showed how well looked after they were and how much love there was between them and their owner.

“A simple person, without luxury, who depends on help to overcome the hunger, the cold, the pain, the evils of the world, has by his side the best companions, and the exchange is reciprocal. Exchange of love, affection, warmth, understanding.” – Cris Mamprim

This is what Cris wrote on her Facebook page after the incident on 9 December. The staff of the hospital, touched by the love between the homeless man and his dogs, let the dogs in and gave César a meal. He admitted he sometimes did not eat to ensure his pets had enough food.

“A person who confessed to us that he stops eating to feed them.” – Cris Mamprim

Cris said she was happily surprised by the effect her story has had. She thinks the world needs more respect and love and wishes no animals were ever mistreated. Her story has appeared on Brazilian television, Indian news, the UK’s Metro and many online websites like LADbible and Insider. She was also glad that more people know about César and may want to help him and others affected by homelessness. The homeless man has already received many messages of love and offers of help from people all around the world.

Not only does this heart-warming story remind us of the importance of love and kindness and that even if we have nothing, we can still give, but it also shows how one person’s story online can start a wave of positive reactions and most importantly, positive action.

Nicole is a student of Natural Sciences. An explorer and dreamer, she wants to brighten people’s days by reminding them of the good that happens around the world.