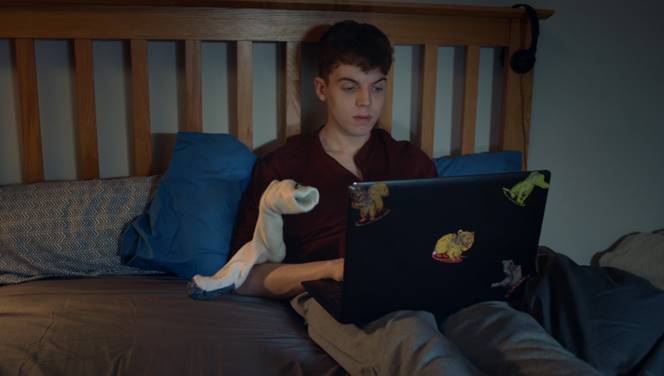 A new film is encouraging people to report sexual images and videos of under 18s they stumble across online.

The film, launched by the Internet Watch Foundation (IWF) with sexual abuse charity Marie Collins Foundation, highlights how important reporting this content is.

Reporting these images and videos is quick, easy and anonymous, and it helps the IWF remove underage content.

The objective of both charities is the same – to put an end to online child sexual abuse.

Highlighting the vital importance of reporting enables the IWF to remove underage sexual content and in turn the Marie Collins Foundation can ensure children whose content was available to view are enabled to recover and live safe and fulfilling lives.

New research shows that two thirds of men aged 18-24 surveyed say they are likely to report indecent images of children if they accidentally saw them. However, nearly half surveyed say that “not knowing where and how to report” is the top barrier that would stop them from reporting this. This new film addresses this gap in knowledge head on, helping young men act on their impetus to do the right thing.

The film was consulted on with three survivors of online child sexual abuse. The survivors fed back that it is a ‘brilliant and innovative idea’ that ‘will appeal’ to the audience, engaging them in a ‘positive way rather than being frightening or worrying’.

“Our new film guides people on how to do the right thing and report sexual content of under 18s to us so we can take action to have it taken down,” said Susie Hargreaves OBE, IWF CEO. “One hour is all it can take us to remove a victim’s images from the internet after responding to a report.”

Seen sexual content that you think features under 18s? Report it anonymously here.