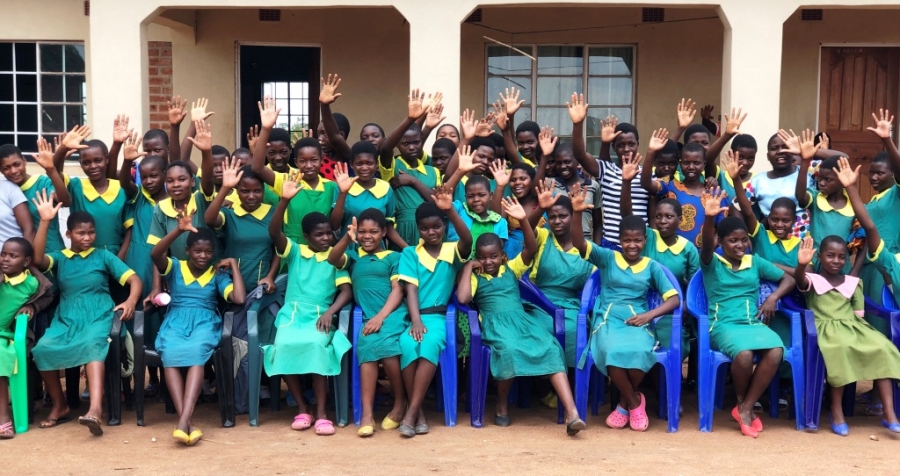 The need for the project first became apparent in 2014 when ACT were made aware that only 20% of the girls they were sponsoring through education in this area actually completed their studies.

From there on the project became focused on addressing the issues thrown up by puberty in a poverty-stricken area, namely inadequate menstrual health care, early age marriages and teenage pregnancy.

Across Africa, like much of the rest of the world, menstruation is somewhat of a taboo subject. However, unlike much of the rest of the world, girls across Africa do not have access to basic sanitation facilities and adequate sanitary-wear (pads, tampons etc). Considering this, it is hardly surprising that many girls miss several days of school at a time whilst they are menstruating.

In a similar vein, whereas sex education forms part of the curriculum in the West, it does not in many African countries, and teenage pregnancy is a real issue. Across Malawi in 2016, 43.6% of girls aged 15-19 were either pregnant or already teenage mothers.

In the Chichewa language, ‘Ulemu’ means ‘dignity’. This word completely encompasses what the project run by ACT was about: granting girls the dignity they deserve by providing them with menstrual and sexual health education, thereby tackling the stigma.

The project was implemented through organised events called “Girl Showers”. At these events, girls and boys alike were educated about sexual health and menstruation, alongside other significant topics including hygiene, sanitation, career planning and human rights. At the “Girl Showers”, all 1,379 girls who attended received a “Blessing pack” containing underwear, re-useable sanitary pads and roll on deodorant. The event was also attended by the “Mother Group”, a group of older women trained to make reusable sanitary pads and counsel girls on the issues threatening their future in education.

Since undertaking the project, ACT has noticed a marked decline in the rate of girls dropping out of school compared to data from previous years. In 2016-17, 286 out of 1,683 girls dropped out of the two schools where the project was undertaken (66 due to pregnancy and 91 due to early marriage).

After the Ulemu Project, these figures have decreased dramatically.

ACT is pleased with the progress that has been made since the project’s inception, but know that there is still a way to go. The charity would like to be involved in persuading the government to integrate menstrual and sexual health education as a subject in the school curriculum in order to sustain these results.