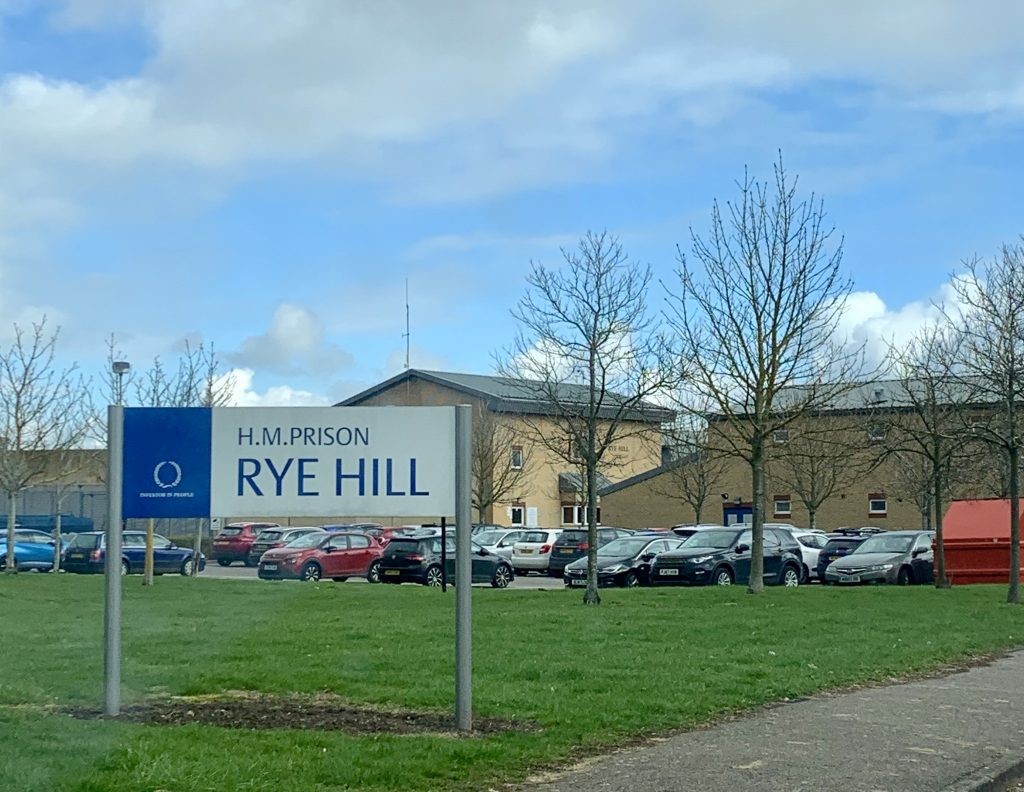 This blog post is written by Liam McKinnon, Marketing and Fundraising Consultant for One to One Maths. Names and identifying features of the inmates have been withheld for privacy reasons.

A few weeks back, Don (One to One Maths Founder) and I received word that the inmates at HMP Rye Hill were preparing a fundraising event in support of One to One Maths and Shannon Trust – two charities focusing on peer mentoring-style education within prisons.

One to One Maths has been operating in the all-male prison HMP Rye Hill since July 2017 and has always maintained a steady stream of mentors and mentees; we regularly hear success stories and powerful testimonials emerging from this prison. The ongoing success of the charity’s initiative in this prison prompted the inmates to organise a fundraising event, where a quiz in a ‘University Challenge’ format was a popular choice – one that allowed the inmates to work together in teams.

On Tuesday March 19, Don and I joined Colin Edwards, a tutor at HMP Rye Hill, to take part in the day and see first-hand the efforts made to thank and support the charity.

As we arrived, the room was packed and animated, with a music round well underway. The charismatic quiz host was blasting out hits from the likes of Soft Cell and Human League for the teams to guess.

One to One Maths and Shannon Trust literature, such as pop-up banners and leaflets, had been displayed around the hall and there was a real sense of camaraderie among the 97 attendees, as this was such an atypical and novel day for the inmates.

Prizes such as tupperware and calculators were distributed by prison staff to inmates correctly answering bonus questions – these are sought-after items in prison as the usual alternative is paper plates and cups.

The quizmaster took a number of teams through various categories – a picture round, general knowledge and – perhaps most pertinently – a spelling round, where the contestants were able to demonstrate their newfound ability in English, undoubtedly accredited to the hard work of the Shannon Trust mentors.

After a break for food, in which the inmates were very quick to politely invite us as guests to eat first, we heard some testimonials from One to One Maths mentors and mentees. The room fell silent to hear a number of men – many visibly nervous – give their accounts of the impact of both One to One Maths and Shannon Trust.

Undoubtedly, it can feel exposing and vulnerable to stand up in front of your peers and admit you struggle with something and this is heightened in the context of a prison. Yet inmate after inmate gave a glowing account of the progress made with their numeracy skills via the One to One Maths scheme. Some inmates admitted that prior to prison, they didn’t even have a basic grasp of maths – in many cases due to a complete disengagement at school.

However, what we heard from these mentors and mentees alike was moving:

“I love the sense of achievement when a mentee makes it onto the next book”.

“I’m a newbie to being a mentor – I can see how pertinent the old adage is that ‘you’re never too old to learn’. I’m proud to wear this blue t-shirt – you get a special kick out of those lightbulb moments with your mentees”.

“One to One Maths provides the opportunity for people to be courageous and put their past troubles in education behind them. It’s about watching people become everything they’re able to be”.

During the next break, it was incredible to see the buzz around the place for One to One Maths. Inmates lined up to speak to Don and I, enquiring how to get involved, and current mentors signposted interested prospective mentees to the active mentor on their ward. At least five or six new mentees were enrolled within a five minute tea break, and conversations were ongoing as the next round of the quiz got started. One mentee asked me if I knew what a “quotient” was – thankfully I didn’t, as I only cottoned on afterwards that he was cheekily asking me to answer one of the questions from the upper-level One to One Maths exercise books!

Near the end of the event, Claire Wicks, Head of Activities at HMP Rye Hill took a moment to congratulate the inmates on a well-organised and keen-spirited event, calling it “unique” and suggesting that this could become a regular activity. She also announced that the collective fundraising efforts had totalled £550, which G4S – who operate the prison – would match, bringing the overall total to £1,100.

This is a significant amount of money for One to One Maths for a couple of reasons. Firstly, it allows us as a charity to continue expanding the peer mentoring schemes into more prisons across the UK. We receive countless emails with requests to introduce the scheme from prisons up and down the country – and these funds allow the charity to produce exercise books and materials for new mentors and mentees in new prisons.

Secondly, it is important to realise the context of this amount. £550, in prison terms, is a huge sum of money. The inmates receive a wage across various areas of the prison – be it in the workshops, laundries or gardening. The pay for these tasks is minimal, used simply as an incentive and a means to buy food and drink – for instance, a weekly wage may be £5. For the inmates to have instead donated their money to One to One Maths and Shannon Trust at this event demonstrates their dedication to the causes. £550, comprised of lots of £5 or £1 individual donations, shows that a large number of inmates made contributions to support the two charities. We are very grateful for the support and keenness to participate in the fundraiser.

The goblet of maths

Wing B were presented with their award for winning the quiz – a One to One Maths mug each, which has been affectionately dubbed “the goblet of maths”.

All in all, the HMP Rye Hill “University Challenge” was a resounding success, and a real insight into the impact of One to One Maths in this prison. We’re very proud to see the scheme flourishing and look forward to the next event.