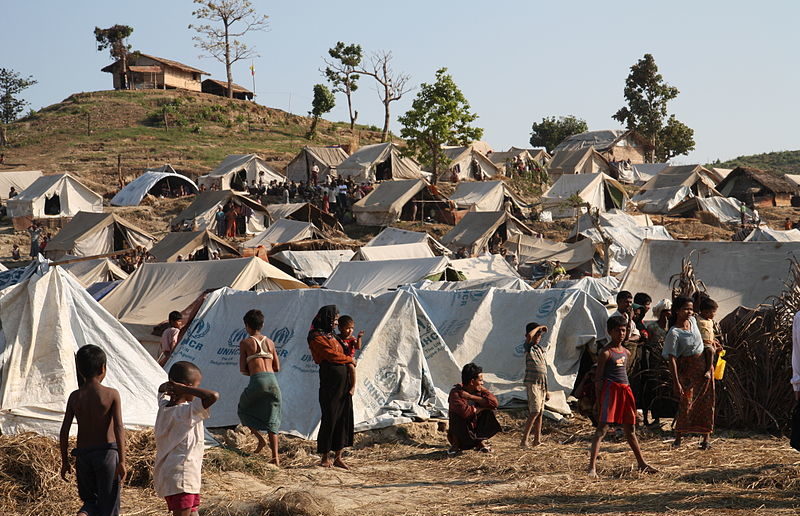 More than 100 young women in a Rohingya refugee camp will be trained in useful skills to ultimately support their families and rebuild their community, through Women for Women International’s newly launched Conflict Response Fund, which prepares gender-specific support and resources for when women face unexpected crises and to respond to violations of their rights.

Since August 2017, the Myanmar military has violently forced over 700,000 Rohingya people into neighbouring Bangladesh in what the United Nations has described as a “genocide.”

When there is an outbreak of war or violence, women experience trauma, sexual violence and the death of loved ones. After the conflict is over, the world’s attention moves on, but women are left to rebuild their families and communities. In crisis, most humanitarian efforts overlook women’s specific needs.

According to a UN Women report, almost every Rohingya refugee woman or girl is a survivor of or witness to multiple instances of sexual violence or brutal murder. “These women and girls are the future of the Rohingya community, but they don’t have food, clothes, shelter or access to education – or any of the things that will help them rebuild,” said Laurie Adams, CEO, Women for Women International. “If we don’t do something to support them now, we’re going to see a ‘lost generation’ that will keep struggling for survival. We need to invest in their ability to support their families and society.”

RTM will host events bringing together 100 community leaders from the refugee camps and government officials in Bangladesh to discuss the importance of developing young women’s business and employment skills for Rohingya society.

“Traditional Rohingya social norms can make women feel uncomfortable breaking gender norms around pursuing paid work – but the crisis has exposed younger generations to new ways of thinking about gender while calling for effort on everyone’s part. These meetings show the communal importance of developing young women’s skills and how they can sign up to learn,” Adams concluded.

Women for Women International supports women who live in some of the world’s most dangerous places. Women enrol on the charity’s year-long training programme, where they learn how to earn and save money, improve their family’s health and make their voices heard at home and in their community.

Since 1993, the charity has helped almost half a million marginalised women survivors of war in Afghanistan, Bosnia and Herzegovina, the Democratic Republic of Congo, Iraq, Kosovo, Nigeria, Rwanda and South Sudan.

With over forty brutal armed conflicts across the globe, there’s a huge need to support women survivors of war. Find out more at womenforwomen.org.uk or follow @WomenforWomenUK on social media.