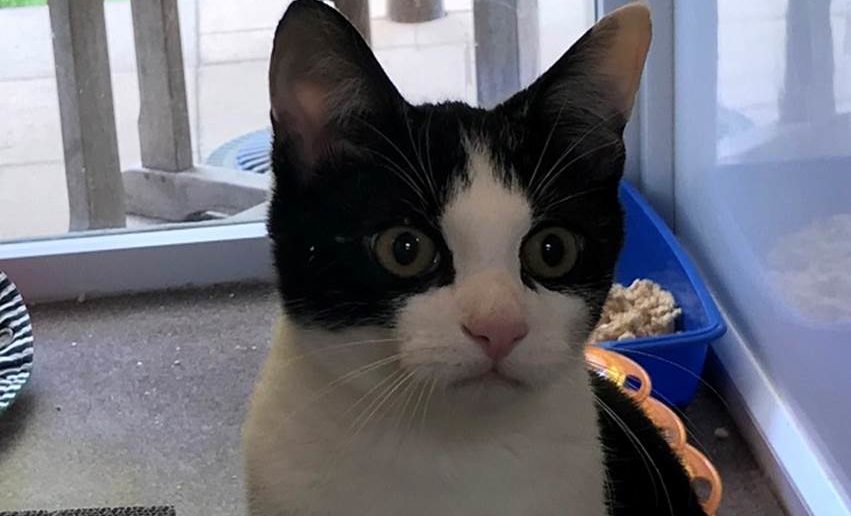 Cat falls 30ft from a second floor window – and survives to tell the ‘tail’!

Four month old Leo, who fell over 30ft from a second floor window, was lucky to escape with his life after landing badly and fracturing the roof of his mouth. Leo also suffered from a bloody nose and a sore leg, and lay on the ground unable to move for at least an hour before he was discovered.

‘High-rise syndrome’ – where cats fall from a great height and sustain severe injuries – is sadly a common and familiar phenomenon to vets, cat owners and animal rescue centres across the world.

Usually when a cat experiences a fall, their body will attempt to twist around in the air to ensure they land on their feet – but despite cats’ legendary ‘nine lives’, they do not always survive the drop.

Luckily for Leo, a student volunteering at animal charity Mayhew happened to be walking past where he had fallen and spotted that he was in considerable distress.

The student called a colleague to come out and help, and together they took poor Leo straight back to Mayhew. The blood coming from his nose was making him sneeze, and he was very quiet and subdued on the journey.

After being examined by the Mayhew nursing team, Leo was transferred to the RSPCA in Putney for further examination.

Whilst at Putney, Leo was given pain relief and a full vet check, and thankfully it was discovered that he did not require emergency surgery that night. The RSPCA Vets were confident that his mouth injury, sore and swollen nose and the soft tissue trauma to his leg should each heal on their own given time; and Leo was therefore discharged back to Mayhew to rest and recover in the charity’s Hospital Ward.

The Vet team then kept a close eye on him over the next few days, and checked his fractured palate thoroughly when they neutered him. To everyone’s delight, it had indeed healed neatly and as expected, and only a small scar now remains.

Leo initially experienced some problems eating whilst his jaw was in the process of mending itself, and so the Vet Nurses and Cattery staff helped ensure he received all the nutrients he needed until he got back on his feet.  He was soon eating, walking and behaving completely normally – but unfortunately, his original owners did not want to take him back.

Therefore, when he was ready, Leo was listed for adoption. He found the perfect match only a few days later, and is now fully settled into his new home with a loving family.

Leo was incredibly lucky to get such a happy ending, but for many cats who go through a similar ordeal, the outcome can be a lot more serious. Most cats have a natural fondness for heights, and will readily climb and explore trees, buildings and other such structures.

If you live in a high rise building and own a cat, Mayhew recommend ensuring that windows and balconies are made as ‘escape proof’ as possible, and that you supervise your animal around obvious exit points to try and prevent any dangerous falls or accidents.