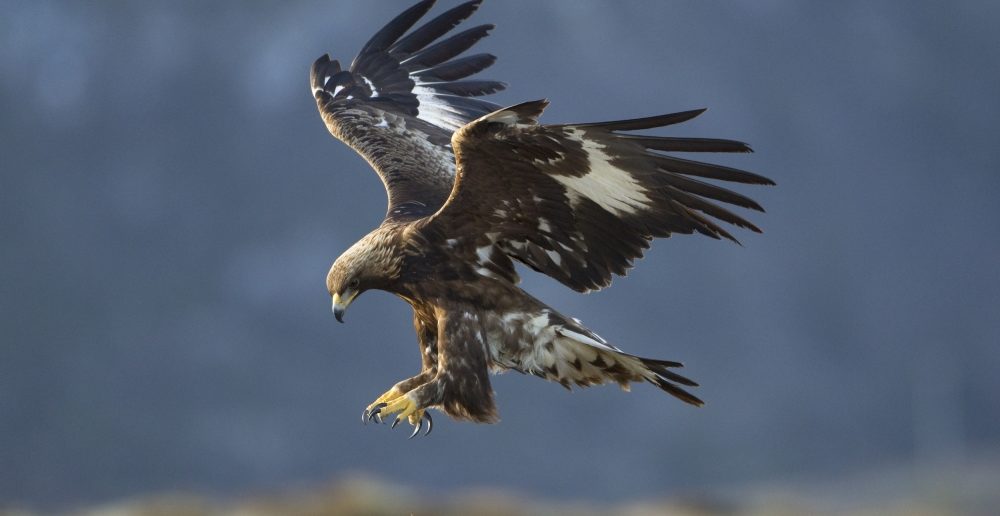 A groundbreaking bid to help save Scotland’s almost-vanished mountaintop forests and their wildlife is being launched by Trees for Life, with the creation in the Highlands of what is thought will be the country’s largest planted area of rare high-altitude woodland.

Centuries of overgrazing by sheep and deer have left most of Scotland stripped of the once-common, tough, waist-high ‘wee trees’ such as dwarf birch and downy willow – known as ‘montane’ species because they can grow near mountain summits, despite harsh conditions.

In a major expansion of action to reverse the loss of these unique woodlands – home to wildlife such as golden eagle, ring ouzel and mountain hare – Trees for Life is establishing a 700-acre mountaintop woodland of 100,000 trees at its Dundreggan Conservation Estate in Glenmoriston near Loch Ness.

The site – Carn na Caorach, meaning ‘sheep cairn’ – lies at 450-600 metres above sea level on Dundreggan’s northeastern edge, with sweeping views over Glenmoriston and Glen Affric. It is thought to have been an important place for grazing livestock for hundreds of years.

“Montane woodlands are a vital part of Scotland’s precious Caledonian Forest, but are often restored over only small areas if at all. To bring these special ‘wee trees’ back from the brink, and create habitats for the wildlife that depends on them, we need something bigger – and that’s what we’re setting out to achieve at Carn na Caorach,” said Doug Gilbert, Trees for Life’s Dundreggan Manager.

This month, Trees for Life erected its largest-ever exclosure – a fence designed to protect young trees by keeping grazing animals out – at the site, supported by funding from the Scottish Natural Heritage Biodiversity Challenge Fund.

The conservation charity’s volunteers will begin the first phase of planting next spring – with trees including downy willow and dwarf birch on the higher ground, and Scots pine and juniper on the lower slopes. Further planting will continue over the next few years, and self-seeded saplings will also be able to thrive in the grazing-free exclosure.

The initiative will also see the return of plants including wood cranesbill, globeflower and alpine sowthistle, in turn supporting mammals, birds, and pollinating insects such as bees and butterflies.

It will benefit people too, with the new forest helping to tackle climate change by locking away carbon dioxide, and reduce flooding by improving the soil’s capacity to retain water.

Because such high woodlands take longer to establish than those in sheltered locations, the project is long-term. It will take 50 to 100 years before the forest is fully established, if grazing levels are kept low.

The ambitious project follows Trees for Life’s successful planting this year of 10,000 trees at another area of Dundreggan called Beinn Bhan, which lies at over 500 metres above sea level.

Seed from montane trees – for growing saplings in Trees for Life’s specialised tree nursery at Dundreggan – often needs to be collected from precipitous mountain ledges and crags, sometimes by qualified climbers.

Trees for Life is dedicated to rewilding the Scottish Highlands, and its volunteers have established nearly two million native trees at 44 sites, to benefit wildlife, people and communities. Find out more here.