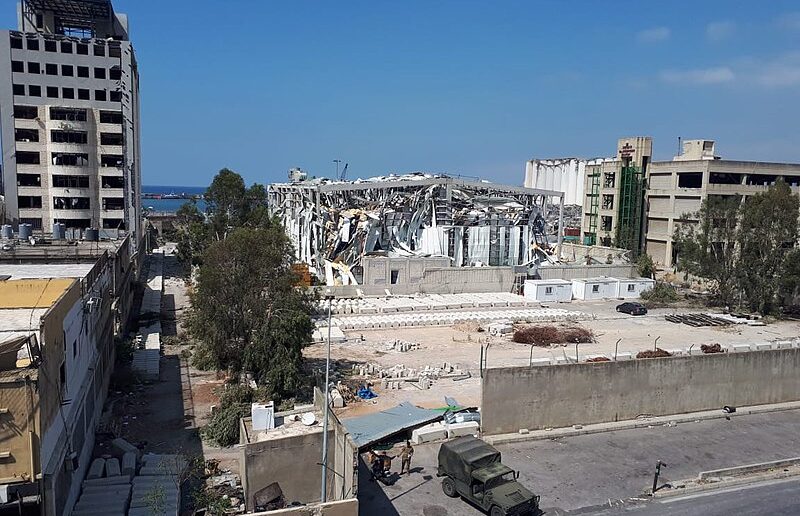 Often, it is in times of immense disaster and distress that the true kindness of human nature is revealed. Painful times, in a sense, are catalysts – and under the circumstances, mankind rallies together stronger and more unified to help those in need.

It is, of course, unfortunate that such tragedies should have to occur at all, however, seeing the power of human compassion really thrusts that glimmer of hope back into our minds – especially when we need it the most.

The two explosions in Beirut, Lebanon, that occurred on Tuesday the 4th of August devastated the world over. The larger taking the lives of at least 220 people and injuring far more (currently at 7,000 people), this disaster will deeply impact the country’s capital city and be remembered for many years to come. An already struggling population that had been protesting for 300 days starting in October 2019 regarding the political state of Lebanon needed no further trauma upon their overly burdened shoulders. With some focus of the protests being on the stagnant economy and the climbing rates of unemployment which reached 46% in 2018, the explosions would surely come to deepen these wounds in their socio-economic state.

With so much pain and suffering, it is hard to look at this situation and find any glimmer of hope. However, hope has come after a number of celebrities including Madonna, Harry Styles, Kylie Jenner and Ariana Grande took to social media to promote and fundraise for causes such as Red Cross Lebanon and various disaster reliefs.

Moreover, there has been a launch for a ‘Global Aid for Lebanon’ Campaign by the CEO of XO, Wassim “Sal” Slaiby, along with Global Citizen, Red Cross Lebanon, the United Nations World Food Programme, and the Children’s Cancer Center Lebanon (CCCL). The campaign got an amazing kickstart from Sal himself and his wife Rima Fakih Slaiby, who are Lebanese, of the generous sum of $250,000.

These acts of kindness are not limited to the donations of the wealthy, but also to the actions of people on the ground. Within days of the explosion, videos surfaced of volunteers who worked tirelessly to save a man trapped under rubble for 16 hours, and of volunteer rescuers and firefighters from Palestinian refugee camps searching for survivors in the Beirut rubble.

One act of kindness which was both immediate and has a long-term focus came from the rideshare company Careem Lebanon. Careem, the leading rideshare company in the Middle East, was offering free rides to and from hospitals and blood donation centres using a promotion code in order to both raise awareness and encourage people to donate blood during this time. Blood donations would greatly aid the medical teams all over the city with the injured.

But the work does not end there. Volunteers have been cleaning up the streets and aiding the homeless in hope of restoring their city. Setting up camps, volunteers and NGOs offer as much food, medical supplies and so on to help those most affected. During this difficult time, under the pressure of it all, the government resigned leaving the people feeling even more hopeless and abandoned. But they do not stop – a true testament to perseverance, the people march on, continuing to do what they can. As they struggle along in the wake of their misfortunes, the world cannot help but look on in awe of their resilience, and continue to unite and help them to see a better day.