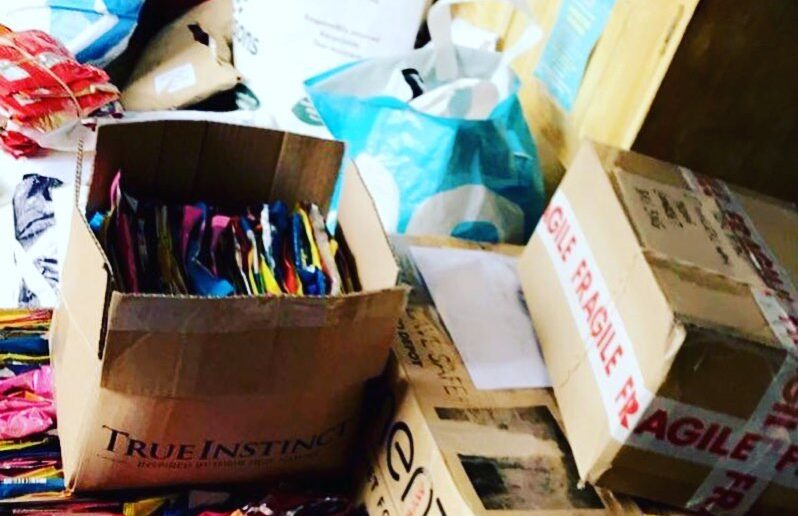 The Iron Man: Recycling in its Most Benevolent Form

Miley Porritt – AKA ‘The Iron Man’ – has first-hand experience of the trials and tribulations that accompany homelessness. Yet his time at the Frome Foyer of YMCA Mendip & South Somerset, which accommodates for those in greatest need of support, did nothing to weaken his resolve to succeed.

The 23-year-old overcame the barriers that had previously obstructed him, not only moving out of temporary accommodation but also establishing his own ironing business in Frome.

Having successfully founded The Iron Man, Miley sought to reciprocate the compassion shown to him by YMCA. This desire to give back was the motivation behind his creation of ‘Iron Man survival blankets’. Made from recycled materials ironed together, these blankets provide rough sleepers with indispensable protection from the elements.

The ingenuity of the idea rests on the materials from which the blankets are created: used crisp packets. Despite requiring an extraordinary 80 years to decompose, crisp packets are not currently eligible for home recycling schemes; they often end up in landfill sites.

Instead, Miley puts them to considerably better use. 150 packets ironed together constitute an insulating blanket for a homeless person, whose ability to keep warm and dry will be invariably tested over the coming winter months.

Support for the survival blankets has grown at an astonishing rate. After an appeal for crisp packet donations in a Facebook post on 2 November, just three days later the page had been seen by over five million people. On the same day, Miley spoke to BBC Somerset about his efforts to help the homeless community.

Now, The Iron Man has not only been occupied with accumulating empty crisp packets but has also set up a donation page for YMCA Mendip & South Somerset. Alongside this, Miley has provided instructions on how to create these blankets independently.

The deadline for donations is looming: all crisp packets must be delivered by 3 December to The Iron Man’s address, the details of which can be found on its Facebook and Instagram pages.

Miley’s endeavours are testament to the virtuous cycle of philanthropy. Not only this, Miley has managed to imaginatively integrate snacking with charity work. If ever an excuse to eat crisps was needed, here it is.

Katie Davies is a History Masters student at UCL, whose current interests in journalism are rooted in the necessity of disseminating positive news at a time when it is more important than ever.