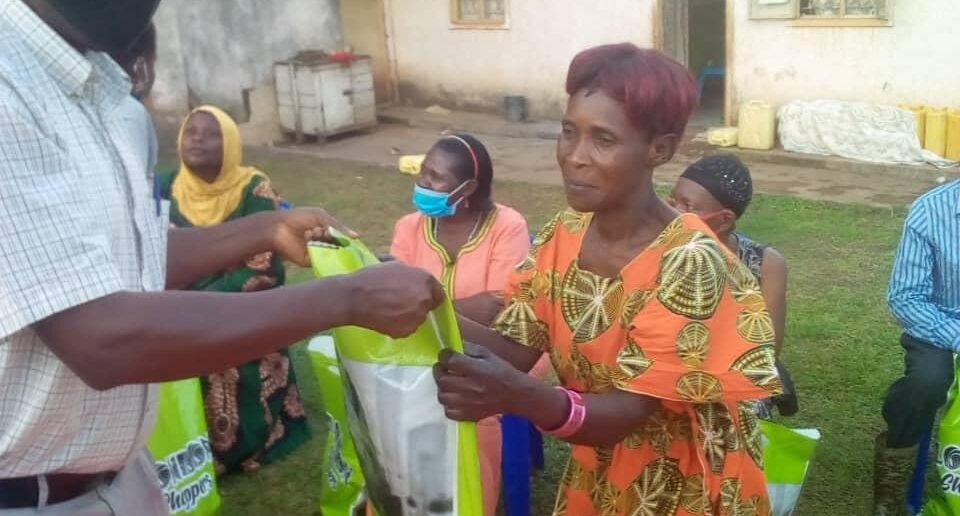 Lawrence Patrick founded Mehiel Foundation 10 years ago after raising £12,000 to climb Mount Kilimanjaro and donating the money in person to an orphanage located in Tanzania. Since then, Mehiel Foundation have carried out 26 projects in 11 countries around the world, with the goal to tackle the underlying causes of poverty and social injustice.

One project that was extremely successful in the UK was the Basket Brigades. Established by a partnership with the Tony Robbinson Foundation, this program donated baskets of groceries to underprivileged families at Christmas, with 48 families benefitting from these baskets in 2019.

This year, Mehiel Foundation decided to bring the baskets to Uganda with the project “Jajja’s Smile”, which translates to “grandmother’s smile”.

Since the pandemic hit, it has left elderly women stranded in the suburbs, whilst their children and families live in the city. Due to the restrictions on travel and public transport, as well as their lack of regular income, these grandmothers in Bulenga and Bulaga Zomea are unable to access much-needed supplies.

This is where Mehiel Foundation comes in. They donated baskets of supplies to the most vulnerable families in these neighbourhoods. Within these baskets were groceries, soaps and shampoos, all essentials that no doubt lifted a big weight off of the shoulders of these families. Towards the end of this rough year, it is heart-warming to see the smiles and relief that this project brought.

Lawrence has big plans for Mehiel Foundation in 2021 by continuing with projects in Africa. The Agricultural Project donates seeds to families in Uganda, providing them with food and an income from selling the produce. The Football Academy in Ghana allows children to get involved in sports, providing basic tools for childhood development. In the long run, this decreases the likelihood of the children from being negatively influenced by extremist groups, as well as generating a sense of inclusion and community. After the success of this year, Jajja’s Project is also planned to go ahead next Christmas too, bringing more smiles for the elderly communities of Uganda.

Cheryl is a Masters student studying Global Health and Development at UCL. She writes articles with the aim of driving individual and collaborative positive change by sharing the positive actions that are being taken across the globe.