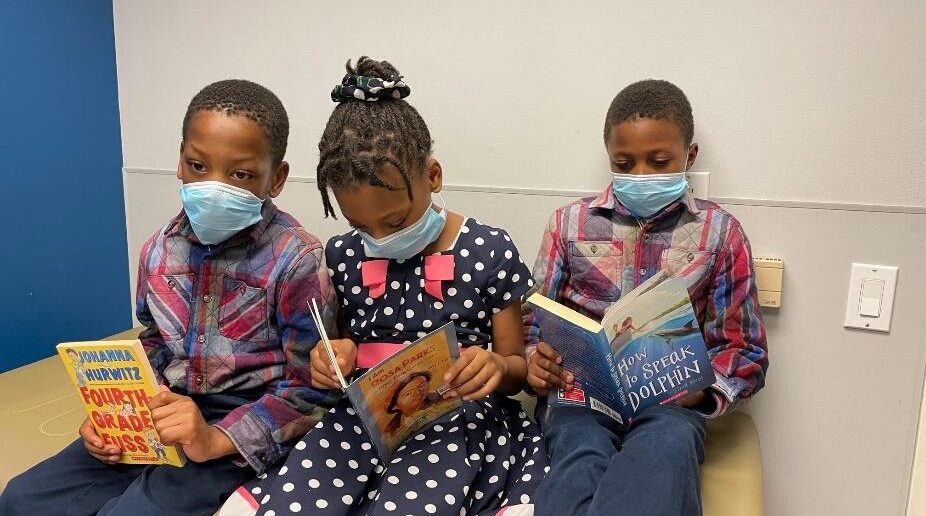 In the summer of 2018, super-star English teacher, mother of 5, and adored wife, Dr. Hindi Krinsky, passed away at age 32 due to a complication of Crohn’s disease. Whilst speaking to Hindi’s colleague and co-founder of the non-profit set up in her legacy, Leslie Gang, she described Hindi as a woman that impacted everybody that she came across. This was shown by the amount of support and care that Hindi’s husband, Dovid Kanarfogel, and their children, Eliana, Ezra, Hudi, Dorit, Abie, received from their community after her passing.

At the time, Leslie worked at the same school as Hindi (Hebrew Academy of the Five Towns and Rockaway High School in Lawrence, New York) in the PR and communications department, and received an overwhelming response from friends and parents of the students wanting to support the family as best they could.

Hindi’s triplets, Eliana, Ezra, Hudi, attended the school and were known to be avid readers, inspired by their mother. On return to school in the Fall, a library box was constructed for them, to commemorate and keep a piece of their mother around with them. Leslie and Dovid requested parents to donate used books to this library and in the winter of 2018, it was open and in full swing.

However, more and more books were being donated and by April 2019, 15,000 books had been donated to the library. Here, Leslie faced two choices. She could either announce that they were not receiving donations anymore, or she could do something meaningful.

This was when Leslie and Dovid co-founded Hindi’s Libraries, an international non-profit that collects and distributes gently-used books, with the non-profit absorbing all costs of shipping and supplies, to children who would not have access otherwise.

To date, they have distributed 120,000 books, and counting, to 450 organizations and community groups worldwide. This includes organizations in all 50 states, India, Africa, Puerto Rico, and Israel, and a most recent partnership with Teal Botanicals to ship books to The Philippines.

The pandemic placed a temporary pause on the shipping of books from Hindi’s Libraries. However, Leslie made the best out of a bad situation by shifting the focus onto her local community in New York. The lockdown and closing of schools meant that parents were working from home, but their children were left without anything to do.

Leslie hosted several “Book it Forward” events, where parents and educators could “shop around” Leslie’s garage and driveway for free, gently used children’s books. Hindi’s Libraries donated more than 5,000 books through this effort.

Getting closer to Halloween 2020, Leslie was aware of the hesitancy of families in her local area of handing out candy to kids. As a socially-distanced solution, Leslie partnered with people who started out as strangers in her area to pick up books and labels from outside her house, to then be left outside their houses on Halloween night for children to pick up, without coming into contact with anyone at all.

With huge amounts of books still piling up in their storage unit, volunteers helped Leslie with the cleaning and sorting of books so that they could be shifted. Leslie expressed extreme gratitude to these volunteers. if she attempted to do it all herself, it would take months. She developed an efficient system during the pandemic where she would leave the box of books on her doorstep for volunteers to pick up and return once ready for shipping.

Despite the pandemic disrupting their fundraising events, Hindi’s Libraries continues to inspire children across the globe. It is astounding how just one book can open a massive gateway for children, not only for education but for inspiration and escapism too. Hindi’s Libraries has impacted children all across the world, just like Hindi did in her lifetime. Leslie and Dovid have no desire to stop distributing books to those in need until they completely run out.

Cheryl is a Masters student studying Global Health and Development at UCL. She writes articles with the aim of driving individual and collaborative positive change by sharing the positive actions that are being taken across the globe.