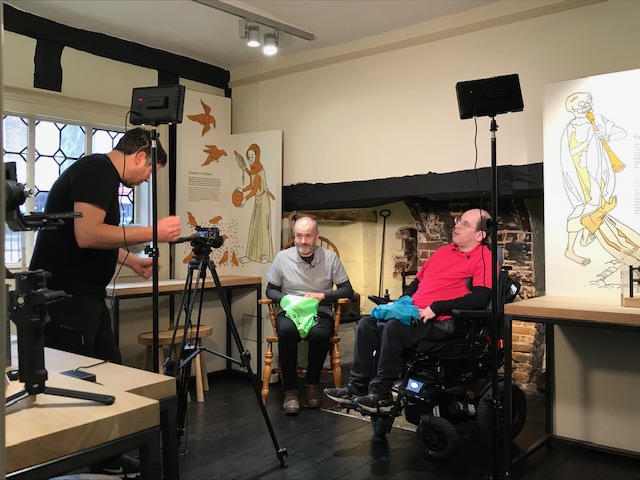 Head2Head Sensory Theatre Making Theatre Accessible to All, Even During the Pandemic

Head2Head Sensory Theatre, based in the south of England, is dedicated to making theatre accessible to all, in particular the special needs’ and disability community.

“Everyone has a right to the theatre” is the ethos Head2Head was built around, putting on performances as well as offering work experience for students coming out of education, supporting and developing the actors’ talent as they learn more about theatre.

Founded in 2006, the great thing about the performances they create is how interactive the actors are with the audience, creating a truly immersive performance experience, which is exciting for those watching, as they get to take part in what’s going on around them.

Head2Head does not make any profit on the performances they do, with affordable tickets and an intimate audience, the focus of the organisation is solely community based, reaching 3,000 children and young people per year in London and the South East.

Part of the work experience scheme set up in 2017, which builds tremendous confidence in the actors and is also a stepping stone into employment as a performer, Head2Head focuses on bravery and accountability within the learning process.

Actor and Comedian, Nick Walewski, a former student of The Orpheus Centre, collaborated with Head2Head after sending off an audition tape to be part of a filming project at Whitehall Historical House.

Nick was part of the crew and helped create a film dedicated to demonstrating Whitehall Historic House’s accessibility as well as explaining the sensory and interactive rucksacks placed around the site. As Nick is a wheelchair user himself, his involvement in the project helped give a personal perspective to the film.

“Nick is incredibly hard working and a pleasure to work with. He was a fantastic addition to the cast and Head2Head would not hesitate to work with him again,” Amy Rhodes, Director and Producer at Head2Head Sensory Theatre said.

This is just one example of the amazing work Head2Head and its members continue to do, breaking down barriers spreading joy into the community.

After years of the organisation having no real base for rehearsals, using the homes of the volunteers, Head2Head have found a perfect building to house the love and support they create, as well as building a safe space for the community.

The new building will be based in Surrey. To find out more, including how you can get involved, visit the Head2Head website.

In the meantime, they continue to create exceptional work, which due to Covid-19 can be found on Youtube.