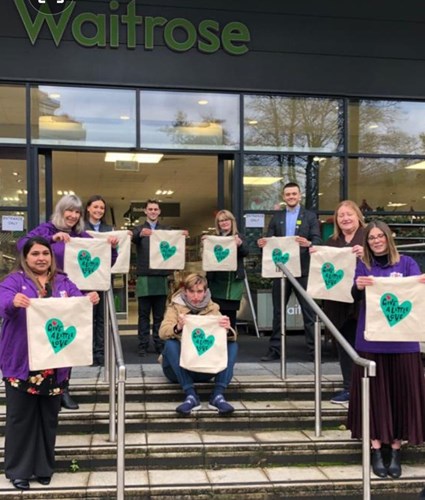 What started off as a daily act of kindness to raise £1,000 has resulted in the launch of a foundation for good causes.

Based in Lichfield, Sebbie Hall started his project in March 2020 when his school closed due to covid. The 18 year old wanted to help people who felt lonely due to the pandemic.

Nearly two years on, he has raised a whopping £40,00 for the Sebbie Hall Kindness Foundation, which he set up with help from his mother.

Sebbie has acted in a variety of ways to help his community, such as giving coats to homeless people, hiding Easter eggs around his village, and even giving out homemade soup from pumpkins he has collected himself.

He has even given out lottery tickets to strangers!

Sebbie experiences learning and physical difficulties. He has a rare chromosome anomaly which has caused him to experience low muscle tone and speech problems. This has motivated him to use the money he has raised to provide inclusive IT equipment to young people who have disabilities. As well as this, he has helped fund arts and sporting activities for people who are isolated due to disability or mental health.

His work has been recognised by the Royal Family, as he was invited to the The Duke and Duchess of Cambridge’s carol concert at Westminster Abbey, to applaud him for his effort in making change within his community.

“It’s given him a value to himself,” his mother Ashley said. “For the last 17 years of his life someone has always had to do things for him, but it’s given him this confidence that’s spurred him on and to show that you can do anything.”

His JustGiving page is still open and accepting donations to make positive change in his area. If you would like to donate, please visit his page.