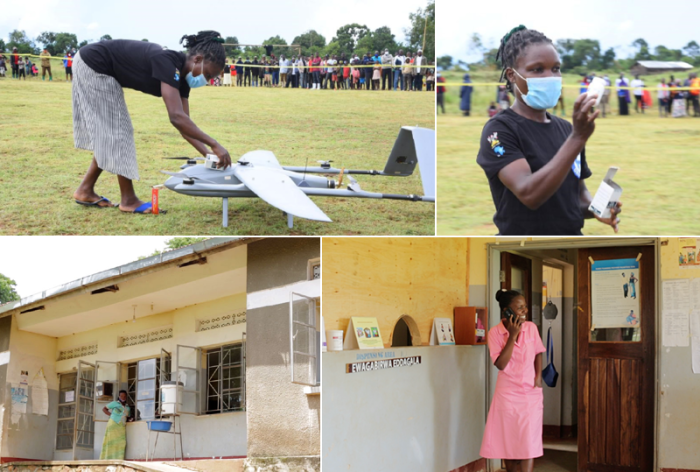 Two Incredible Ways Drones are Being Used for Good

We often hear about drones when they are being used in negative ways. Drones can, and are, being used for good. Here are two ways drones are being used to solve problems being faced around the world:

There are 1.5 million people in Uganda living with HIV. In Uganda’s Kalangala District, made up of 84 islands, getting medication to people is a slow and arduous journey and only possible via boat, which can be dangerous in certain weather conditions.

In many countries including the United States, HIV has now become a disease that can be managed and is no longer a terminal illness. Improvements over the years have led to a decline in infection rates on Uganda’s mainland. However, due to difficulties in access, along with political and cultural barriers to HIV prevention programmes, the rate on the islands has increased by up to 25% annually.

To reduce access difficulties in the Kalangala District, Johnson and Johnson have started using drones to deliver medication. This cuts out all of the stress of a boat trip and is much more efficient, reaching 3,700 people in just one day.

The medical drones being used can carry up to 10 pounds of medication at one time.

The Kalangala islands are spread out across the world’s largest tropical lake, Lake Victoria, with very little access to healthcare. There are only seven health care facilities across the islands.

As well as this, the continuity of care is something that has been widely disrupted due to Covid-19, as access to medicine becomes even more sparse. However with the introduction of the medical drones, large amounts of medication can be dropped off in one single trip, so there is no time wasted with travel. The use of drones is also safer with the current risks that the pandemic poses.

While the medical drones are helping to reduce access and transportation issues, organisations such as Cherish Uganda are working hard to support people with HIV and AIDS (see video below).

2. Removing Plastic From the Ocean

Another example of how drones are being used for good is by helping to remove plastic from the ocean.

Plastic has become an integral part of our daily lives, with it being one of the most used materials in modern society. However, this is having negative effects on the ocean, with 8 million metric tons of plastic being found in oceans every year.

When plastic is dumped into the ocean, it can sometimes take 600 years to break down, leading to extremely harmful impacts on wildlife for years to come. For example, plastic bottles can take 450 years. By 2050 it is predicted that we will have more plastic in our oceans than fish.

Global scientists have been coming up with innovative ways to use technology to combat the issue of plastic.

WasteShark is a drone made to look like a whale shark. It collects debris from the surface of the water before winds, tides and currents drag the plastic out into the ocean. Its forward thinking technology allows you to plan a route which means the most concerning areas can be taken care of. It can also measure the pH of the water it is collecting from.

Ocean Clean Up, a non profit organisation that is working to rid our seas of plastic, is also using technology to aid its work.

With 5 trillion pieces of plastic currently in the ocean, different techniques are used by the organisation to help get plastic out of the ocean. The main one is a ‘garbage patch’, where two boats and a huge piece of netting catch plastic in varying sizes, which are then put on board and recycled at shore.