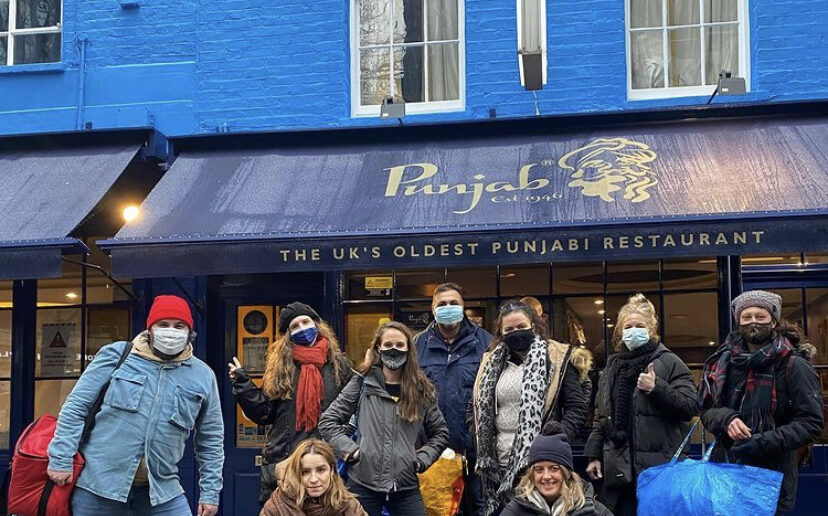 In light of World Bartender day, Good News Shared speaks to Anna Sebastian, with career experience including the likes of The Savoy and the Langham Hotel London, and as a former Head of Brand for Ellie Goulding’s drink company, Served, Anna took her talents to the local community.

With the beginning of lockdown hitting the hospitality industry the hardest, Anna told us how she and her team made the most of being on furlough:

“One week into the pandemic, I was really looking to do something, as we were going from interacting with hundreds of people every single day to no social interaction. I ended up volunteering day sessions in the kitchen at the Glass Door Homeless Charity on King’s Road. Whilst I was there, one of the women that I was volunteering with, recommended Under One Sky.”

Under One Sky is a volunteer-led charity supporting people living on the streets of London. With five different locations, the charity distributes food, drink, and much-needed essential supplies to those in need. Anna shares her experience helping out in the early stages of lockdown:

“I was on the Soho route and the team and I would be carrying around huge flasks and a trolley filled with food to hand out. We saw the numbers increasing really significantly as the pandemic went on in the initial stages and met a range of people, for example, those that had been released early from prison. One of the biggest things we noticed after the first couple of months was that a huge number of people working in hospitality had lost their jobs or been made redundant. And as a result, they were living on the street, or they were getting furloughed. But the furlough was so minimal because a lot of us obviously worked on service charges. People didn’t have enough money to even kind of pay rent.”

After the official announcement that Boris Johnson was closing all the bars, Anna and her team took to social media to say that they had created free cocktail packages for those that are self-isolating at home.

“The idea to do cocktail delivery started something we could do for the industry and put a smile on people’s faces,” Anna says. They decided to partner with No. 3 Gin, a brand owned by Berry Brothers and Rudd. “We actually hand-delivered these drinks cycling all over London and managed to raise a significant amount of money that just went directly into the charity and directly into buying supplies for people as well.”

To raise awareness of their work an Amazon wishlist was created and the team asked brands with untouched budgets whether they could spare some funds to help out.

To find out more about Under One Sky, click here.

Uzma Gulbahar holds a Bachelor of Arts in History from the University College of London. She is particularly interested in exploring untold stories surrounding marginalised groups, identity and culture.