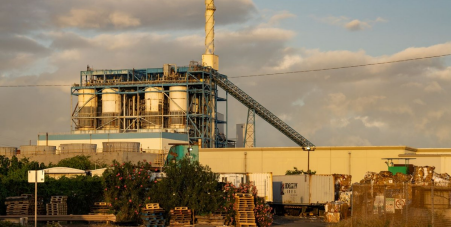 At the start of September, Hawai’i shut down its dirtiest source of electricity: the state’s last remaining coal-fired power station, known as the AES Hawai’i Power Plant, which churned out 1.5 million metric tons of carbon dioxide annually from its site on Oahu. This is just one step in Hawai’i’s ambitious plans to tackle climate change, with their goal to be fully reliant on renewable energy sources by 2045 placing them at the forefront of US environmental policy.

For now, energy produced by the coal powerhouse will instead come from oil until solar farms and other renewable sources are ready – while this imposes a 7% increase in electricity bills on current consumers, the predicted long-term benefits are indisputable.

The global climate crisis has been particularly devastating for this archipelago, in part due to its precarious location in the middle of the Pacific. Here, flash floods and extreme temperatures have become increasingly common, alongside rising sea levels that could swallow Honolulu’s Waikiki Beach by 2042. The AES Hawai’i Power Plant was also the largest single source of toxic pollutants in the state, with local communities stressing the dangers of coal ash and carbon emissions to their health – coal ash from the plant ended up on a large landfill site where life expectancy for nearby residents is 10 years below state average.

Perhaps more insidiously, climate change threatens Hawai’i’s indigenous way of life and the survival of Native practices and culture that predate the very existence of power plants. Oahu’s Wai’anae region is home to almost 30,000 Native Hawaiians who have been forced to live alongside power plants, landfills and waste management sites after intensive commercial agriculture stripped the land of its natural abundance. Given their close relationship with the land, which Hawaiians respect as an ancestor, it is no surprise that environmental changes have drastically altered the emotional health of Native residents – Wai’anae has the highest concentration of adults suffering from poor mental health on Oahu.

However, the closure of the AES Hawai’i Power Plant, as well as plans to shut the huge Waimanalo Gulch Landfill further down the coast, offer a tentative but profound sense of hope for these communities. Alongside initiatives promoting traditional farming and the weaving of agricultural education into the school curriculum, Hawai’i is firmly holding on to its beliefs in kilo – the art of observing – and aloha ‘āina – ‘love of the land’.

Support from non-profit giants like the Sierra Club has proved particularly impactful, launching the Beyond Coal Campaign to lobby for clean energy across the US and working with local communities as well as Hawai’i’s Representative Nicole Lowen to achieve a coal-free state.

While the closure of Hawai’i’s last coal plant may have been slightly premature, it sends a message of undeniable optimism to the rest of the US, and indeed the world: this tiny island state is determined to take back some control over its future amidst international climate chaos, and remains deeply rooted in malama ‘āina. This simple notion of caring for the land rings true across the globe as we grapple with our own roles on an ever-changing planet, reminding us that we can work harmoniously with nature to overcome current environmental challenges.