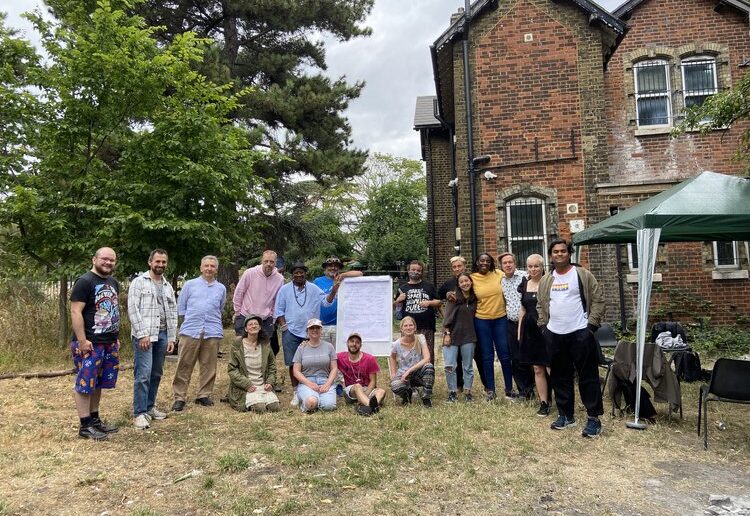 The Museum of Homelessness finds its home in Finsbury Park

Run exclusively by people with experience of homelessness, the world’s only Museum of Homelessness (MoH) is set to move into Manor House Lodge, Finsbury Park, next spring. Ironically, the museum has been ‘homeless’ since its formation in 2015, temporarily occupying spaces in Clerkenwell and Southwark, and making appearances in Manchester, Glasgow, Liverpool and the Tate Modern.

The MoH has gathered a unique collection of objects and archival records that explore UK homelessness from the post-war period to today. The provocatively-titled ‘Dosser’s Bible’ is one of the oldest in the collection, assembled between1957 and 1963 by Anton Wallich-Clifford, who founded the Simon Community to safely house Camden’s homeless people. The compendium of articles and newspaper clippings is a time capsule of post-war homelessness in London, but also reflects many struggles faced by rough sleepers today, including negative media stereotyping and the vicious cycle of incarceration and homelessness.

Visitors to the new museum space will also be able to read Steph Evans’ affronting ‘What is Homelessness?’ list, with definitions ranging from ‘the state of being without secure housing’ to ‘the creation of a non-entity’, both ‘a business’ and ‘a crime’. Written in 1978, much of the list still rings true today. The collection also features modern videos titled after simple objects like ‘The Nit Comb’, ‘The Candle’ and ‘The Bottle’ to share complex, powerful stories from anonymous donors.

With a 16% rise in rough sleeping across London this year, the MoH also runs awareness campaigns like the Dying Homeless Project, honouring those who lose their lives while homeless and sharing stories often untold. Similarly, the museum launched a report earlier this year investigating links between homelessness and xenophobia, calling out the myths and disinformation surrounding rough sleepers and immigrants and offering practical solutions to combat these false narratives.

Though homelessness remains a serious issue in both London and the wider UK, the tireless work of organisations like the Museum of Homelessness offers a beacon of hope to those affected. The opening of their permanent museum next year marks a pioneering step in the right direction, giving a voice to those who have been made voiceless. This will also allow the public to come face-to-face with real accounts of homelessness, free from stigma and misinformation, to start conversations and connect communities.