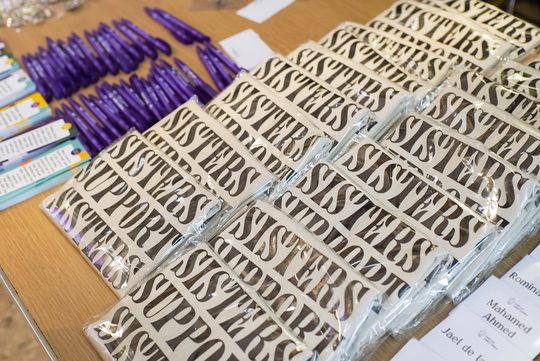 Faith and VAWG: the niche coalition building bridges within the VAWG sector

When it comes to the violence against women sector, faith isn’t a theme that necessarily springs to mind. Typically, we are aware of ideas of collective shame and honour, and spiritual and faith-based abuse; but what goes unacknowledged is that women have faith. This gap is why the Coalition exists.

Violence against women and girls escalated during the pandemic which posed various challenges to the sector. From the lack of funding to the limited protection of migrant women, collaborative practices are needed more than ever to change the narrative.

In steps The Faith and VAWG Coalition, a partnership of organisations seeking to build bridges between members of faith communities,  faith-centric organisations and domestic abuse prevention specialists and organisations within the violence against women and girls’ sector.

Whilst faith plays a central role for women, often survivors are reluctant to open up about it.

“Faith itself can sometimes be a barrier for survivors because there’s that element of shame and shyness,” says Aasifa Usmani. This issue is compounded by stereotypes and negative attention garnered by the media, which means survivors are less likely to discuss faith.

“Faith can be invisibilised and polarised because one section of the community who hold that power will make certain issues matter more, whereas the more vulnerable section’s issues are not discussed as much,” notes Aasifa. As such women, survivors of domestic abuse as well as faith-centric organisations may be deemed less important or even unrecognised resulting in an erasure of community work.

Aasifa notes how in the media sphere, mainstream media usually creates a narrative around the survivor. “There’s usually a ‘this is what her journey was’ which is powerful and needed but often secular society does not acknowledge faith.”

The Faith and VAWG Coalition is playing an active role in amplifying the voices of women of faith and Black and minoritised communities, making faith a central theme in the VAWG sector.  The founding members of the Coalition are trail-blazing feminists and many of the founding organisations provide specialist services.  Many founding organisations provide specialist services, including Restored, Respect, Faith & communities team at Standing Together Against Domestic Abuse, Muslim Youth Helpline, Jewish Women’s Aid, FORWARD and Latin America Women’s Rights Service.

Zahra Suleiman notes how Faith and VAWG are working to build a voice for those who are working on the frontline. “We’re not here to overshadow or take up space, we’re here to really shine the light and highlight the issues that they’re facing, their service users are facing and how we can best tackle these issues together as a collective.”

Aasifa notes that there is not a one-size fits all approach. “Women of faith are not a homogeneous group. As a coalition, we are building from strength to strength, but at the same time, there are inner reflections and learning for us to do.”

The coalition have held regular events and seminars from the perspective of decolonising the VAWG sector. In September, the Coalition organised their first in-person event since launching in March 2020 with keynote speakers, Nicole Jacobs the Domestic Abuse Commissioner and Jain Lemom, Senior Policy and Commissioning Manager at MOPAC (Mayor’s Office for Policing and Crime). As well as Rakaya Fetuga’s performance of powerful and uplifting poetry.

The Faith and VAWG Coalition lobbied for statutory guidance surrounding protections for women of faith in the Domestic Abuse Act including abuse related to faith, religious marriage and divorce and honour-based abuse. Indeed such definition and guidance are key to making women of faith feel acknowledged and confident to reach out for support. There is a lack of awareness of specific types of abuse especially spiritual abuse which can be perpetrated by a partner or family member/ members as well as religious leaders. The Coalition hope that it will act as a deterrent to potential abusers and encourage institutions, including mainstream domestic abuse agencies and religious courts to become literate in how to support women well in this area.

Zahra notes how faith literacy is a key factor in building sustainable communities. “I think what we tend to do, especially in British society is beat around the bush. We need to be having uncomfortable conversations. And if you are uncomfortable, that’s good. That means you’re growing.”

To find out more and support Faith and VAWG here.

Uzma Gulbahar holds a Bachelor of Arts in History from the University College of London. She is particularly interested in exploring untold stories surrounding marginalised groups, identity and culture.