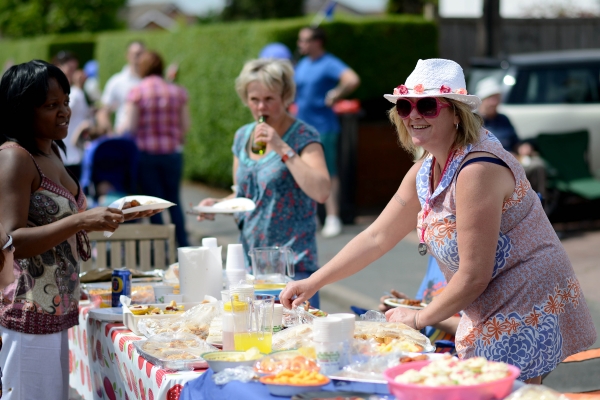 The Big Lunch: Bringing Communities Together and Reducing Loneliness

By Nisha Kotecha on May 13, 2015 1 Comment
The Big Lunch in Shropshire last year

“We decided to give The Big Lunch a go in 2009 when we realised we didn’t know everyone in our stair of 8 flats – we’ve now held one every year since!

“We ended up meeting people who had lived in the street for over 40 years but who I had never even seen before as they rarely come out. They had seen previous year’s events through their window and decided to come down. It has been a real icebreaker for us, bringing our community closer together, breaking down barriers and providing a chance to socialise.” – Elaine Lennon, Big Lunch Organiser, Edinburgh 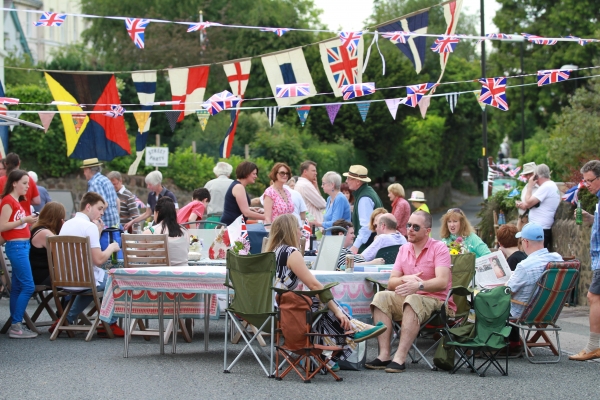 Communities across the UK are being encouraged to take part in an annual get-together for neighbours. The Big Lunch, a project launched six years ago, is an idea from the Eden Project which aims to improve community spirit and help build stronger neighbourhoods.

This year, organisers say the Big Lottery-funded initiative is more important than ever as new research shows social interaction is declining in the UK and contributing to a rise in loneliness.

A nationwide survey carried out earlier this month found that 68% of adults in the UK experience loneliness and the feeling is most acute among among 18 to 34-year-olds. More than a third (38%) of respondents now have less interaction with people they know than they did five years ago and 16% only interact socially with others once a week or less, the research by The Big Lunch revealed.

Dr Rebecca Harris, a psychologist at the University of Bolton who has been working with The Big Lunch to assess the changing face of social interaction in the UK, said: “The findings show that we’re spending less time having social interaction than we used to, we have fewer friends than we’d like and we’re finding it harder to make new friends.

“This decline in social contact could be contributing to the rise of loneliness in the UK. Loneliness is far more complicated than people imagine. It’s often seen as a one-dimensional state, either ‘lonely’ or ‘not lonely’ and that just isn’t the case.

“It can be a temporary state, but when prolonged, it’s a serious issue. Research shows that our brains treat loneliness in the same way as physical pain and it has been associated with poor mental and physical health, so it’s important that people take steps to overcome loneliness.“

Now the scheme is calling on people across the UK to host a Big Lunch for their neighbours on June 7.

Sir Tim Smit, executive vice chairman and co-founder of the Eden Project and The Big Lunch, added: “In the tens of thousands of neighbourhoods around the UK where Big Lunches have taken place, people often comment how it has helped to build community spirit and make their street a happier and less lonely place.

“This year, we’d like to see at least one in 10 people across the UK get involved in The Big Lunch on Sunday 7 June so that they too can experience all the benefits.”