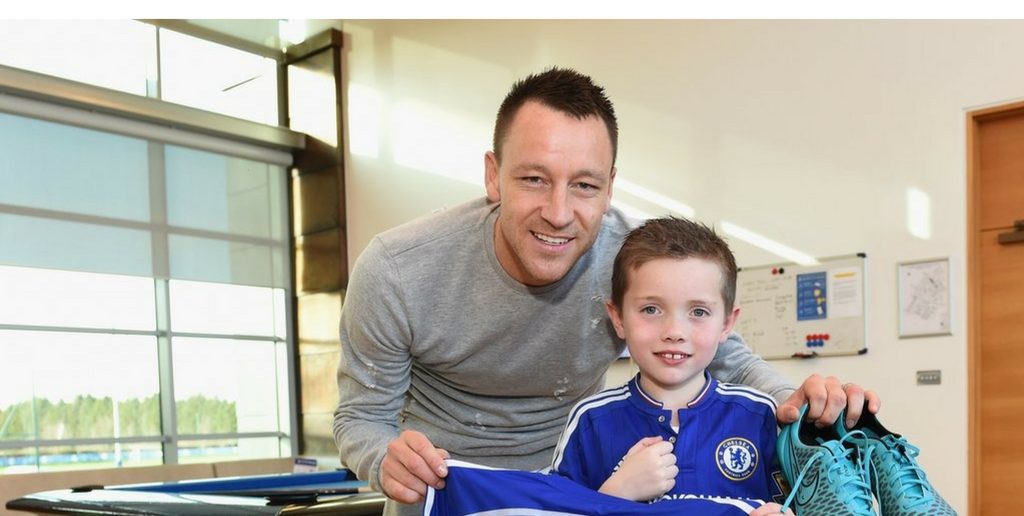 Make-A-Wish® UK Ambassador John Terry is to be awarded the charity’s first ever ‘WishMaker’ award at their annual Sports Dinner on Saturday 8 October 2016.

One child John Terry met in 2012 was nine-year-old Chelsea fan Oscar Pisano who was living with leukaemia and two other life-threatening conditions. 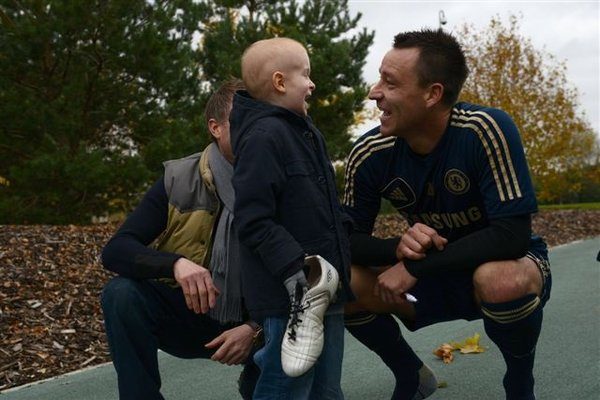 Oscar visited the charity’s offices to personally thank staff for arranging his wish because it meant so much to him. He passed away in 2014, but his father Matt, who will be at the dinner, said, “Oscar was so excited to be able to meet his heroes and I am so grateful to Make-A-Wish and everyone behind the scenes who made our visit a truly memorable experience. The day could really have not gone any better. Thanks to all at Make-A-Wish and Chelsea we have unforgettable memories to enjoy.”

Eariler this year John met eight-year-old Bobby Simpson from Ireland. Bobby is living with cystic fibrosis and is a huge fan of Chelsea FC. John is his favourite player. Asked how happy he was to meet John Terry on a scale of one to 10, Bobby said: “2 million, no 10 million!”

Since 1986 Make-A-Wish has granted more than 10,000 wishes that have changed the lives of children and young people fighting life-threatening conditions. Make-A-Wish aims to grant 1000 wishes for the first time this year and receives no government funding.

John said: “As a Make-A-Wish Ambassador, I have seen first-hand the impact a wish can have on a seriously ill child. The money raised from the Sports Dinner will help grant even more wishes, so please buy a ticket today.”

Click here to find out more and book a table.